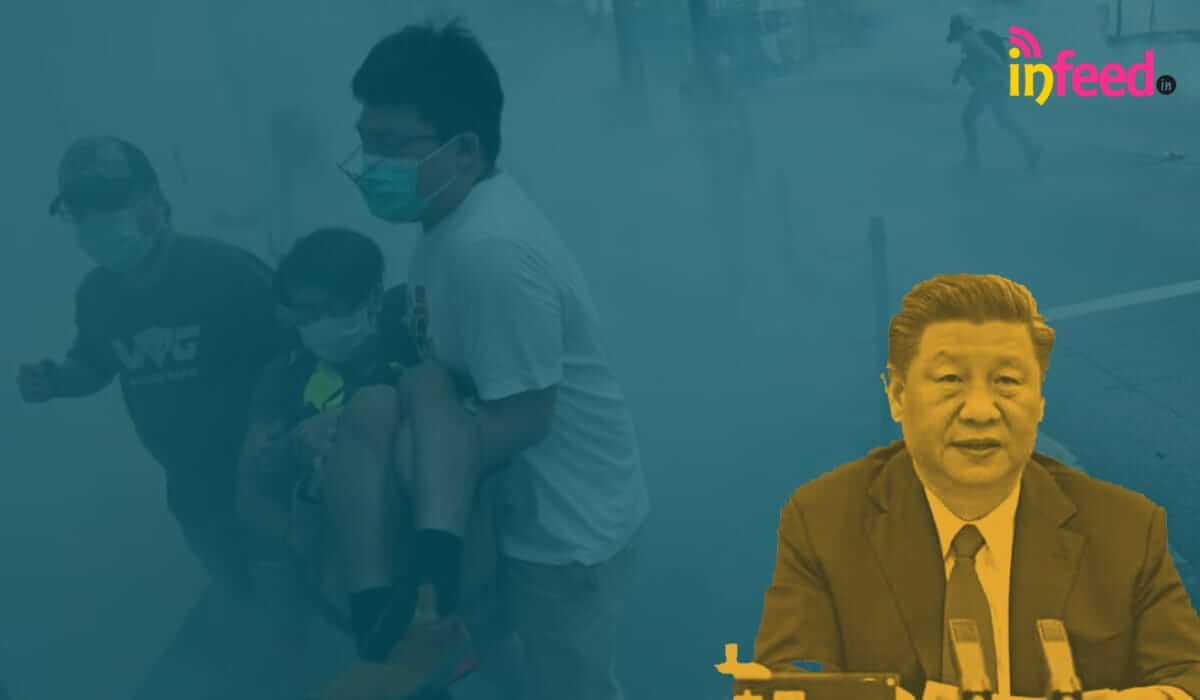 Thousands of democracy supporters took to the streets in Hong Kong against China’s controversial national security law. Police used tear gas and paper spray to disperse the protesting protesters. This is the first largest demonstration in the country since the lockdown was implemented. Meanwhile, police have tightened security at the office of Chinese representatives in view of the protest.

China on Friday introduced a new law in Parliament, which aims to further tighten control of Hong Kong. Thousands of people dressed in black gathered outside the major shopping center Causeway Bay on Sunday, following which they started demonstrating against the law.

The protesters shouted slogans like ‘Unite with Hong Kong’, ‘Liberate Hong Kong’ and ‘Revolution of our era’. Eminent activist Tam Tac-chi was arrested during the demonstration. During this period, the protesters were warned by the police about a ban on the gathering of more than eight people, but people did not agree. After this the police had to fire tear gas shells. Proponents of democracy have called this law against the principle of one country, two system.

The new law is expected to be passed in the Chinese Parliament on 28 May. Its passage would sidestep the Hong Kong legislature and give the government the authority to deploy the main agencies in the city. It is believed that this will allow Chinese agents to arbitrarily arrest democracy supporters.

Hong Kong’s last British governor, Chris Patton, has accused China of cheating. “I think China has betrayed the people of Hong Kong,” Patton said. The intention to control Hong Kong by introducing a new law has proved this once again. In the 1997 agreement with China, it was clear that Hong Kong would have its own judicial system under the one-country, two-law doctrine and would have the right to Western-style independence by 2047.