What demonetisation and 370 tell us about Modi – Shah Duo, Rajdeep Sardesai

What demonetisation and 370 tell us about Modi – Shah Duo, Rajdeep Sardesai 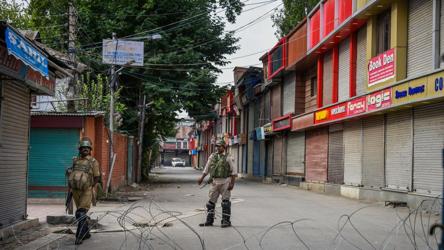 In an impassioned speech in the Lok Sabha during the Article 370 debate, Congress Member of Parliament (MP) Shashi Tharoor warned that removing the special status for Jammu and Kashmir (J&K) was the “political equivalent” of demonetisation. The remarks appeared hyperbolic, but there are striking parallels between Article 370 and demonetisation that offer a glimpse into the Narendra Modi-Amit Shah school of decision-making.

In both instances, landmark decisions were taken by stealth and with minimum consultation. In the case of demonetisation, it is argued that the very nature of notebandi demanded secrecy in execution. In the case of Article 370, the Bharatiya Janata Party (BJP) claims that the abrogation has been on the party’s agenda since its Jan Sangh days. Freed of its coalition limitations, Modi-Shah feel that a majority government can push through the contentious legislation without consulting any stakeholders, in this instance the people of the Kashmir Valley.

In both demonetisation and Article 370, democratic institutions have been disregarded, and rendered ineffectual by creeping authoritarian tendencies. When taking the currency withdrawal decision, it was the Reserve Bank of India (RBI) whose autonomy was badly compromised; now, on Article 370, it is Parliament that finds itself undermined, and being treated, to quote Tharoor again, as a notice board, and not a forum for discussion. When was the last time a bill of such major import got tabled without even informing the Opposition, and a debate immediately insisted upon?

Both controversial decisions are couched in terms of lofty principles. Demonetisation was projected as a “moral crusade” against the corrupt, while the removal of Article 370 is being seen as part of a “one nation, one flag, one Constitution” commitment to national integration. The reality though has little to do with any exalted value systems.

Demonetisation hurt the small trader and businessman more than the rest; the effective removal of Article 370 has been accompanied by the constitutionally immoral manner in which a state has been broken up into two Union Territories, thereby setting aside the federal spirit enshrined in the Constitution.

There is also a clearly defined “enemy” in both cases. In demonetisation, it was the moneyed class who were trapped in a class war; now it is the dynasties of the Kashmir Valley who are being singled out. That these dynasties have been propped up by almost every central government, including the Modi government between 2015 and 2018, is being all too easily forgotten. There is, of course, another, more natural “enemy” in Kashmir. It is the jihadi terrorists and their backers from across the border who are principally responsible for Kashmir’s endless bloodletting. But since you can’t directly target Islamabad, as Kashmir is, after all, an “internal matter” of India, so much easier to single out the Abdullahs and Muftis as the sole villains. Ditto with demonetisation: When you can’t act against election funding, it is much easier to create the perception of bankrupting a few cash-rich families.

Both decisions taken by the Modi government are high-risk, with hugely disruptive effects on civil society. Demonetisation devastated a large segment of the cash-dependent informal sector, many of whom are still to recover from its fallout. The removal of Article 370 has come in the peak tourist season, just ahead of Eid, and imposed enormous hardships on the common Kashmiri at a time of joyous celebration. Moreover, in a political environment where a Kashmiri Muslim’s sense of alienation has been heightened by rising Hindu majoritarianism, and the demonisation of the Muslim as the “other”, the move may only give radical Islamists another reason to feel aggrieved with the Indian State.

And yet, there is a visible endorsement of both these unsettling moves by a large section of the electorate. In the case of demonetisation, this was proven by a series of elections the BJP won. Article 370 has still to pass the election test, but anecdotal evidence indicates that the BJP may have scored another poll winner by stirring up “nationalistic” passions in the name of an “India First” battle cry.

Interestingly, demonetisation wasn’t a major issue in the 2019 election campaign, because as an 8% growth economy slid towards a 6% growth rate, the government could no longer play up economic dislocation as an “achievement”. Which is why it maybe best to wait for another year, may be even two, before pronouncing a judgment on the removal of Article 370. Between the fear mongers and the cheerleaders, surely there is a need to test whether the constitutional coup pulled off by the Modi-Shah pairing will actually create a “Naya” Kashmir of hope and opportunity or push the troubled state further down a dark tunnel of despair and uncertainty.

Post-script: A joke in Delhi’s political circles points to the changing nature of decision-making from demonetisation to Article 370. Then, it was a one-man show; now it’s been widened to include two-and-a-half persons: Modi and Shah, as the two supremos, with national security adviser, Ajit Doval as the “half” voice in the mix!