Vikas Dubey Episode : Rule of Law vs Rule of Encounter?

Vikas Dubey Episode : Rule of Law vs Rule of Encounter? 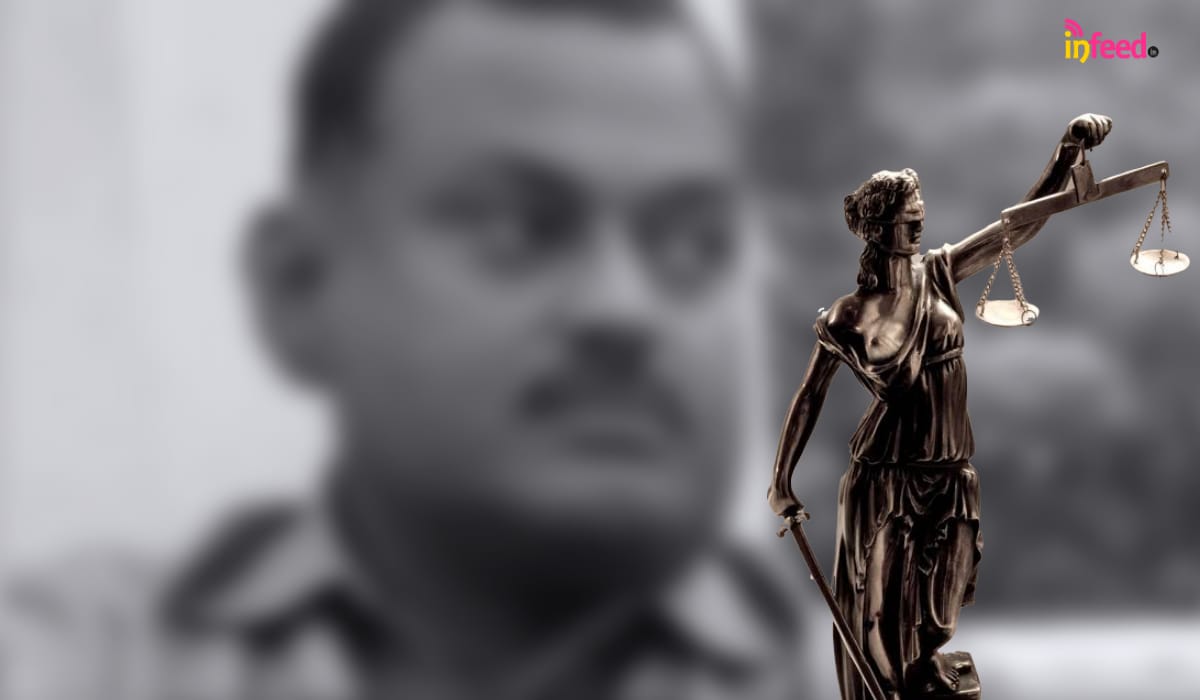 The encounter of Gangster Vikas Dubey and the events that had led to it is enough to understand the situation of law and order in the largesst state of the country. But the yesterday’s encounter has not come as slightest of the shock to anyone and more or less it was more than expected in Yogi Adityanath’s Encounter Raaj – where 74 probes have been set up till now against police, in which every time police got clean chit.

Gangster Vikas Dubey, the one who managed to ill eight UP police personnel in an ambush last week, was killed in “encounter” yesterday.

On the 8th day after the murder of UP police Vikas Dubey who got arrested in temple Mahakal of holy city of Ujjain, Madhya Pradesh was killed on the way to Kanpur.

After the ambush that took place on 3rd july in Bikru village, Vikas Dubey on the run was spotted 1500 Km away from Kanpur for a ‘Pooja’ at Mahakal temple in Madhya Pradesh where he gets arrested. When the video of arrest went viral it made the arrest look ‘Staged’, Dubey looked relaxed and clam and to top it, none of the senior officials gave any statements initially.

Around 50 Km away from Bikru Village, car in which “uncuffed Dubey” was travelling toppled giving the gangster chance to escape after snatching a pistol from official. Following this the Police surrounded him and asked to surrender. When he refused and started firing, the police had to fire back which got the Gangster killed.

When the news broke out, people got relieved that a criminal like Dubey with more than 60 crimes against him, got killed. But there are several serious questions that why the media person following the convoy was stopped 5 Km before the spot of encounter? Also why Dubey who was in a tata safari car before crossing Kanpur toll was shifted to another car ? and why he was not handcuffed?

Among all this questions the most suspicious questions remains that why he was not presented to a magistrate? and Why Dubey was taken to Kanpur from Ujjain without transit remand ?

It was clear that Vikas Dubey could have given valuable evidence to uncover party politics and the games being played to show the transparency of the Political parties. He was apparently in link with many lawyers, activists, police officers and other powerful people. So is this encounter done to prevent him from exposing the enigma of system?

But what else can be expected from the CM who after taking oath, put down all the cases against him and the properties of anti CAA protesters were attached in a way, which had no legal backing, the way cases have been filed against independent journalists in the state.

While one may argue that a person who had been culprit of heinous crimes deserve nothing less than a death penalty, but is it the new normal or the new rule of law which has to be setup in the society where judiciary has no place and the decisions are being taken on behalf of the story being narrated to us?

The same lawlessness and absence of due process that makes it possible for the police to avenge the killings of their own men, permits the men in khaki in Tamil Nadu to push rods and sticks up the private parts of a father and son, Jayaraj and Bennicks. You can’t outrage over one and see the other as morally permissible. Yes, in one case the victims were hapless citizens who did nothing but supposedly keep their shop open for a few minutes beyond the lockdown-stipulated curfew. And another case, the self-declared don of Kanpur, was a brutal, violent thug. But the principle that makes one extrajudicial killing possible cannot but spill over into the responses of the police force across the board.

A letter has been circulated round on social media claiming connections of Vikas Dubey with police and the way the sections against him were put down by the former SSP; although the letter was officially denied, the pe

A PIL was filed in Supreme Court for judiciary intervention, predicting killing of Vikas Dubey in the same way. Not just the action of UP Police has given away with delivering justice to the eight brave policemen who have lost their lives, it has further damaged the image of Khakhi uniform.

The suspicion that Dubey had far too many secrets to out and that it was best to pack them off with him to his grave, will now never be shaken off. Even before his death, a widely-shared video allegedly showed Dubey claiming the backing of two Bharatiya Janata Party (BJP) legislators (though in 2001 he was accused of chasing another BJP leader into a police station and shooting him in broad daylight).

If the truth has to come out, all the call records of Vikas Dubey should be put up in public domain. Even people has right to know, who were the influencers in the case – police, ruling party people or the opposition.