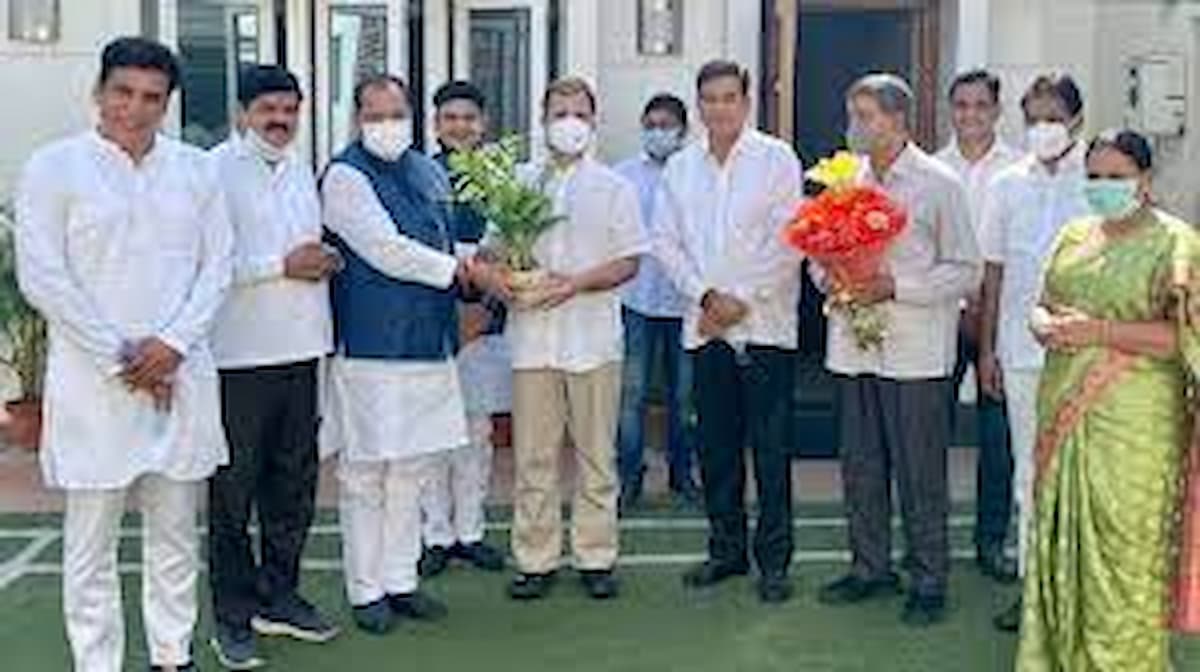 Before the Uttarakhand Legislative Assembly elections, the BJP has suffered a major setback. Transport Minister Yashpal Arya and his MLA son Sanjeev Arya have joined Congress in Delhi today.

Yashpal Arya is the MLA from Bajpur and his son Sanjeev Arya from Nainital seat. Yashpal Arya was a minister in the Pushkar Singh Dhami government and had six departments. In which Transport, Social Welfare, Minority Welfare, Student Welfare, Election and Excise departments were involved.

Yashpal and Sanjeev Aryan had left the Congress and joined the BJP in 2017. The BJP had also made both of them candidates then. Both had won. After this, the BJP government made Yashpal Arya a cabinet minister. Yashpal has also been the Speaker of the Uttarakhand Legislative Assembly in the past. Yashpal Arya first became MLA from Khatima Sitarganj seat in 1989. He has also been in the Congress party for a long time in the past.

On the other hand, Congress state president Ganesh Godiyal targeted the BJP and said that the BJP government is running on the basis of old Congressmen. Leaders imported from Congress are in abundance in Dhami’s cabinet. If the Chief Minister says that there is a lack of leadership in the Congress, then he should look in his pocket as to why he keeps an eye on the Congress to win the elections.

Talking to reporters at the Congress headquarters building on Sunday, State President Ganesh Godiyal said that there are many old Congressmen in the cabinet of the BJP government, which is a proof that the lack of leadership is not in the Congress but in the BJP. He formed the government by importing Congress leaders and even today his cabinet is running on the strength of leaders imported from Congress. Godiyal said that on one hand BJP talks about youth, while there is no employment for it.