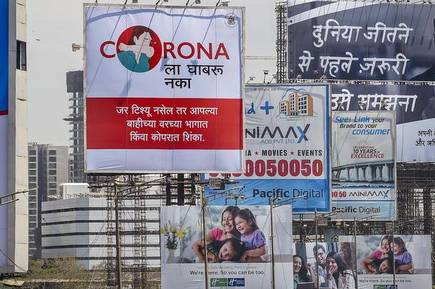 Not just the country, but the whole world is frightened of the Corona virus that has become an epidemic. But the government hospital in Greater Noida, probably does not care much. The hospital administration is facing allegations that instead of admitting two patients suffering from corona, they drove them away. Now the couple is being treated at the district hospital in Ghaziabad.

This case is considered to be a gross negligence of the Health Department. It is alleged that this husband and wife were admitted in a government hospital in Greater Noida. He was tested here for corona virus (COVID-19). When the test report came back positive, the hospital management drove the Ghaziabad couple away from there, asking them to go to Ghaziabad.

It is alleged that the hospital administration did not even provide him an ambulance. Both patients arrived late night by a private train at District MMG Hospital in Ghaziabad, where they were admitted. This has been confirmed by CMO Dr NK Gupta. He has said that a complain will be made to the government, in this regard.