Amid Corona Fears, the Brutal Acts of Indian Police Continues

Amid Corona Fears, the Brutal Acts of Indian Police Continues 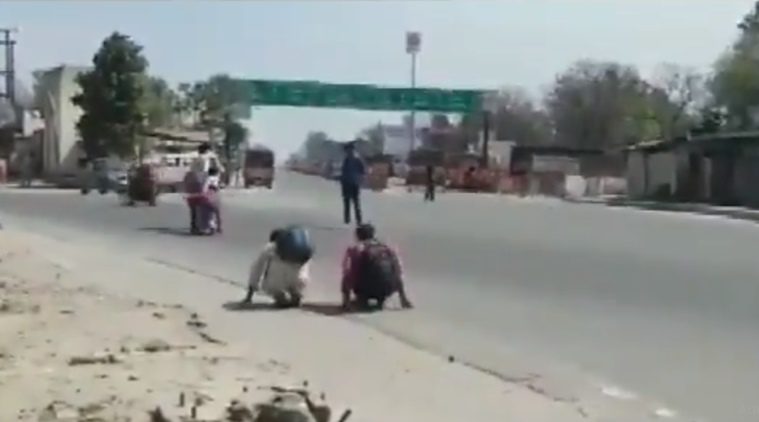 A report published by Centre for the Study of Developing Societies in 2018 showed that less than 25% of the Indian population trusted the police, and just policing laws of pre-Independence era can’t be blamed for it.

The ethos of everyday policing in India rests on the subjugation of marginalised communities.

For example, just after the lockdown was announced by PM Narendra Modi, CM of the largest state of the country – Yogi Adityanath, defied all the instructions and was at a religious ceremony with more than 2 dozen people. Moreover, he was brazen enough to tweet about it.

Neither any police official, nor any of the politician even murmured about this incidence. A similar incident happened with Hyderabad bureau chief of The Hindu newspaper, Ravi Reddy. On being accidentally assaulted by police, he received a call from a DCP, who felt guilty for it and promised that such incident will not repeat again.

But, the common population of the country, doesn’t enjoy such privilege by Indian police. While, essential commodities’ transportation was allowed during the lockdown, local policemen fired at his foot after Shah, a pickup truck driver ferrying potatoes in the northern Indian city of Patna in the state of Bihar, reportedly refused them a bribe as published in a local Hindi newspaper.

This is not the only instance. Some poor boys who were walking all along from Gwalior, were made to hop on their feet by UP Police, just because they were returning their home amid lockdown.

Video from Badaun, UP

Poor boys who’re on foot from Gwalior, WERE MADE TO CRAWL by UP Police

Cops been asked to help distressed migrants, not ill treat them like this.

They were among the millions of poor, jobless Indians on the way back to home after the factories were shut down and the public transportation was put on hold. All this is happening, while India is going through severe heat waves with temperature going as high as 40 degree Celsius.

The social media is flooded by stories like these. While the essential services like medical, groceries were allowed to help people, these too suffered the worst amid lockdown.

Police officer : Oh, doctor is it? Why didn't you tell that earlier? pic.twitter.com/kwReOV5RDE

Effective reforms could fix a lot of these problems. However, Indian states have rarely taken steps in that direction, but too little has been done on this front.