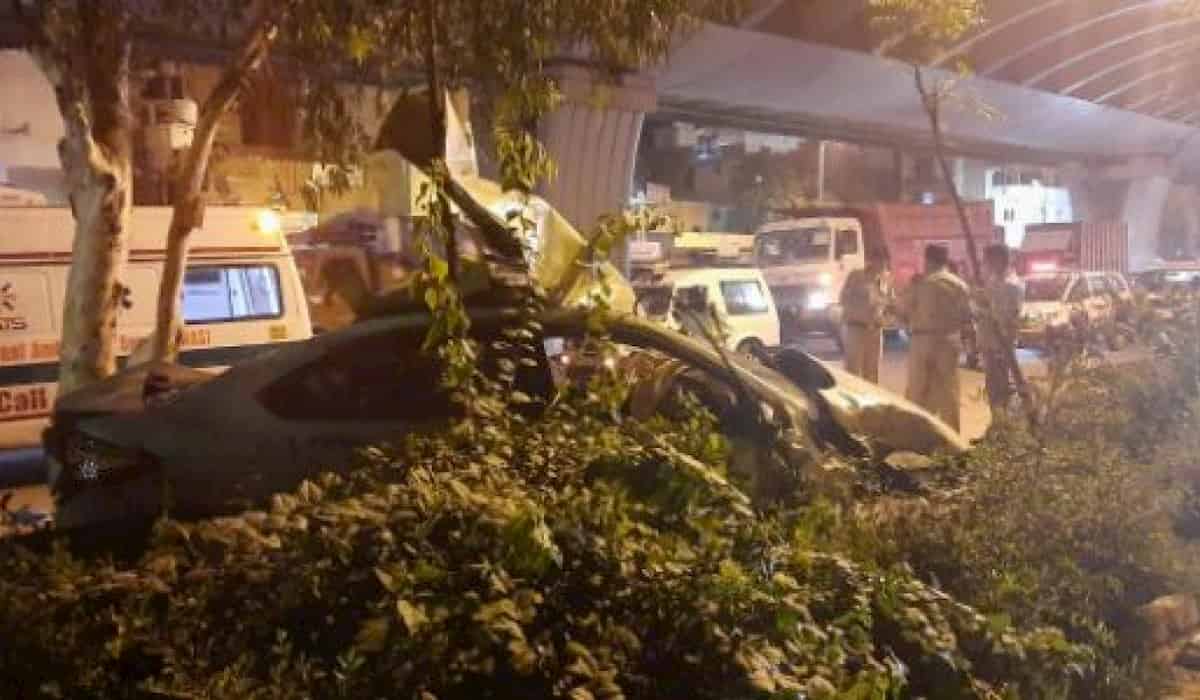 There were two young men in the Honda City car, who were seriously injured. Passengers immediately reported the matter to the police. The police reached the spot immediately took both the injured to Deendayal Hospital, where they are undergoing treatment. Both are in critical condition. At present, the police is registering a case and investigating.

After the incident, chaos spread on the road. Thankfully, no one was present at the time of the roadside accident. However, the accident was so severe that the Honda City car flew away.

Eyewitnesses say that the Honda City car was at a high speed, where this car first hit an Endeavor car going on the road from behind. After this the car lost its balance and jumped down from the flyover and came down. At present, both the injured youths have not been identified. At the same time, the police is investigating the case. The police are also investigating the CCTV cameras nearby so that the exact cause of the accident can be ascertained.