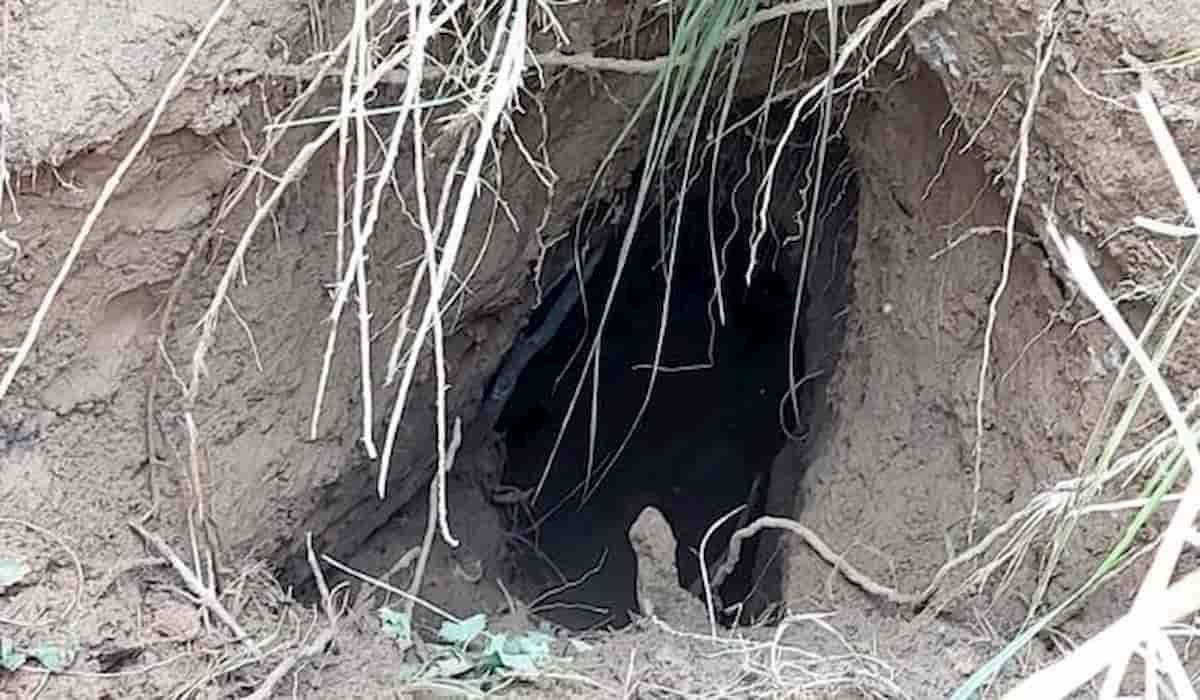 A tunnel is found near the international border area in Samba sector of Jammu and Kashmir. The tunnel was found by Indian security forces on Friday. Regarding the tunnel, BSF IG NS Jamwal in Jammu said that the team has found this tunnel on Friday. He said that it is carved from 150 yards zero land towards India.

He said that its exit point is also towards India and there have been sacks of sand which are marked by Pakistan. Jamwal has told that after seeing the condition of the sack filled with sand, it seems that this tunnel is new. Such a huge tunnel in the border area cannot be built without the approval of Pakistan Rangers and other agencies. He said that Pakistan Establishment definitely has a hand in digging such a great sound. It is being told that this tunnel is 20 feet long and is 3-4 feet wide.

The sack of sand found near the tunnel has Karachi and Shakargarh written on it. Apart from this, telephone numbers are also printed on the sack of sand. As usually printed on cement sacks. Pakistan’s outpost is just 400 meters from where the tunnel was found. Explain that the work of tunneling to send terrorists in Jammu and Kashmir is an old strategy of Pakistan.

A source in the state police’s counter-terrorism wing said that Pakistan appears to have started mimicking Hamas fighters digging underground tunnels to enter Israel. Let us tell you that this is not the first time BSF has detected such tunnels on the border. Even before this, the tricolor has been found. In September last year, the BSF conducted a search operation to locate tunnels in the border area to divert water from the plans of Pakistan.

Officials said that BSF Director General Rakesh Asthana has instructed the commanders deployed along the border to ensure that the anti-infiltration system at the border remains effective and there are no flaws on the border. During the patrolling in Jammu’s Samba sector on Thursday, BSF personnel came to know about this tunnel located near the border fence in Indian territory.