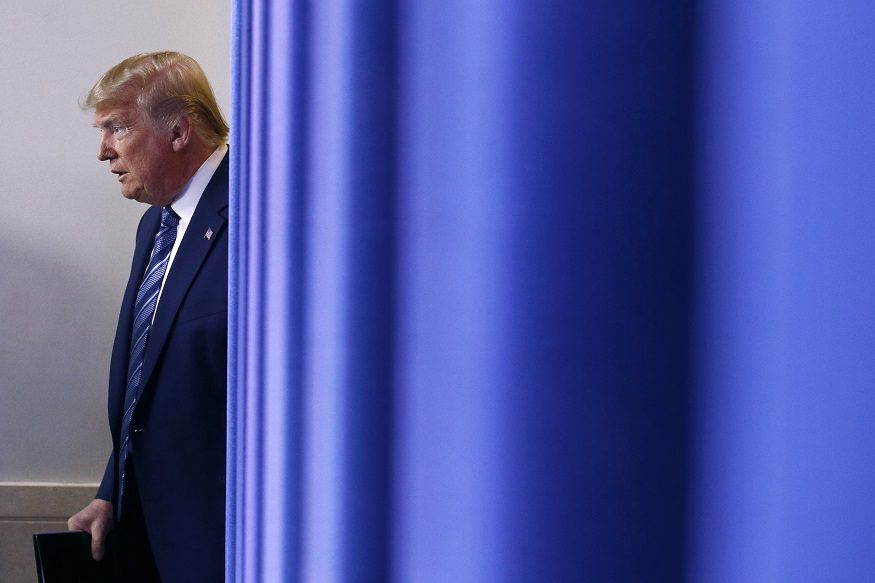 Washington| US President Trump has been advocating the use of anti-malaria medicine as a treatment of the corona virus COVID-19. While the medical fraternity seems to be divided on the issue and the doctors are still not sure, whether this should be considered as the cure of COVID-19, as the tests have not been done so for for the success of the drug as a cure against the corona virus, the President has day in and day out suggested to try hydroxychloroquine with all of the enthusiasm of a real estate developer.

Just like a businessman, he makes a passing reference to the engulfed danger by repeating a same statement five times in upper throat “What you have to loose”. With this, while the international media is considering this medicine as a miracle cure for the virus that has paralysed the world currently, an international debate has emerged among the researchers and the medical fraternity whether to try a medicine for the treatment even when the conclusive scientific studies have not taken place.

While after few tests, Swedish doctors have stopped using the drug as a treatment of COVID-19, with the statement that the article published in favor of the hydroxychloroquine does not go with the scientific standard, US President Trump has been continuously favoring the drug.

There is a very acute reason as why US President Trump is pressing against the usage of the hydroxychloroquine as a remedy to fight against the novel virus. If hydroxychloroquine becomes an acceptable treatment, many pharmaceutical companies, which manufacture the drug will gain huge profit, including shareholders and senior executives with connections to the president. Mr. Trump himself has a small personal financial interest in Sanofi, the French drugmaker that makes Plaquenil, the brand-name version of hydroxychloroquine.

Surprising fact: The French organization that published a positive study on hydroxychloroquine cited by Trump’s allies walked back the findings Friday, saying it does not meet their “expected standard.”