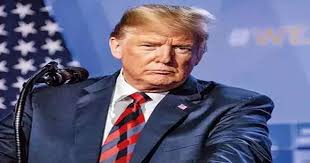 Washington| Amid the outbreak of Coronavirus, US President Donald Trump has announced a $ 19 billion relief package for farmers. Trump announced this as an aid to agricultural industries amid the economic downturn caused by the Corona virus. Let us tell you that America is one of the countries most affected by Corona virus.

This is a great relief to the American farmers struggling with the crisis due to Corona Wire. Significantly, the corona virus epidemic has made American farmers worse. Due to the closure of the market, their goods are not getting up, cattle are not being sold and there is no place to keep them, even milk has to be poured into the fields. Meat has become expensive there, but the prices of cattle listed in the Chicago market have decreased.

United States is at the top of the countries worst hit by the corona virus. According to the information, 34,723 people have died due to corona in the US so far, while 6,80,541 people have been affected by corona.