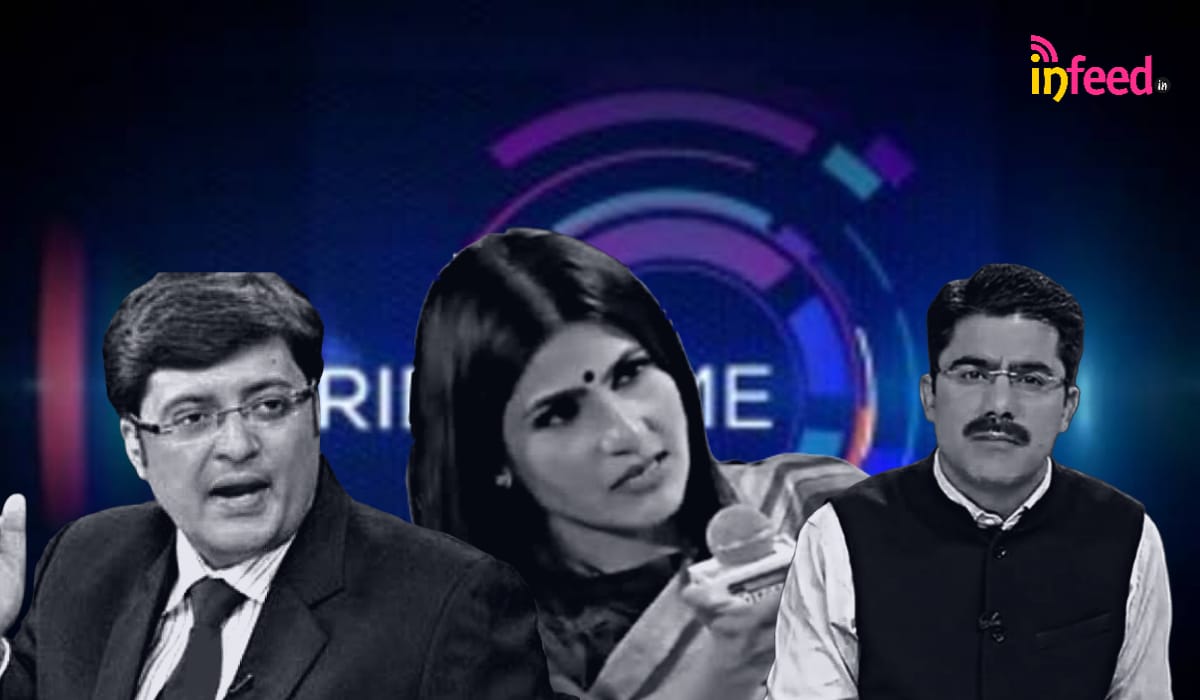 When we were in school, debating was part of our extra curriculum and one of the predominant factors of a debate was the powerful exchange of views in a healthy atmosphere.   The person who asserts a point has to prove it with evidence and logic to persuade change of thought. The other party remained silent until it was their time to speak.

Our Indian television media has broken every sacred rule in a debate, so that we cannot even dare to utter the honored word “debate.” There are some debaters who never wait for the other to even finish their sentence before they start yelling on top of them.

On Wednesday, August 12, 2020, Shri Sambit Patra one of the official spokespersons of the BJP and Shri Rajiv Tyagi, Congress leader and spokesperson of Congress on a television debate shared a panel at Aaj Tak.  Within an hour after the debate, Shri Rajiv Tyagi died of a heart attack.

While it is argued that people can die anywhere and from anything, and that Sri Rajiv Tyagi could have opted out of the debate if he could not face the flak, the fact of the matter is that Indian television debates have no form or substance but in reality are screaming matches.  People even said Shri Rajiv Tyagi chose to be there when he didn’t have to be, and was also getting paid for it.  The truth is in the Indian National Congress, the spokespersons work pro bono and do not get paid for appearing on television debates. Yes, he did choose to be there, but could he predict he would get a heart attack and die? No one knows when they will go, so it is a futile argument to blame him for being on the debate.

I will elucidate the points on which these screaming altercations should be banned if they do not follow the proper protocols of debates.

1.         Violation of Freedom of Speech:  People have lost the conception of what a real debate is, and how it needs to be conducted.  It is a shame to call this a “debate.” People have said that this is freedom of speech, but no!  Interruptions by yelling at the person presenting their facts are violating the other person’s freedom of speech.  Remember, television debates are not one-on-one but before the nation, so they must be conducted with a healthy balance of both views.  It is evident that there is a one-sided voice and the other voice is crushed. Often the anchor shouts like a referee blowing his or her whistle helplessly but no one is listening.  Pathetically, the anchor has lost control over his or her own show and chaos erupts on the television screens.  Such tumultuous screen playing only happens in India. In other countries, they have the courtesy to let the debater finish their points and never interrupt.

2.         The Media is Biased:  Over the last years that we have watched these debates, it is noted that the Media allows BJP party leaders to scream and yell at their opponents without constraints, but when the opposite party speakers start to speak, they cut them off.  With such bias and stifling of dissent, Media is turning into a dictatorial policing agency by controlling the voices of debaters. We are a secular democratic nation and not an autocratic dictatorship, unless someone changed the Constitution and we didn’t hear about it.

3.         Manipulative Tactics:  Shri Rajiv Tyagi was blamed for being on the stress debate because he knew what he was in for.  While people work on stressful jobs all over the world, we cannot compare the stress of a soldier at war to a television debater. It is like comparing apples and oranges. A television debate reaches the billion masses in the nation and is supposed to reflect facts with truth in a health atmosphere that is fair to all sides of the debaters.  The BJP IT cell has broken every decent rule of a debate and inculcated a method of:

a.         Hypnotism tactics:  With repetitive dogma and not presenting facts but repetition leads to mass hypnotism over television sets. If one keeps repeating a point, nothing else comes in but that incessant droning; people cannot think logically and are numbed in the drumming. Arnab Goswami has mastered this art perfectly and his constant yelling on the same points has his viewers’ brains fixed with those words and people leave the debate with the same words floating in their heads.

b.         Confusing the Opponents:  If a debater has no points, no facts, but constantly hits like a hammer on the Oppositions’ words, the opposition party starts to lose their train of thought. When they speak and are interrupted, their momentum is swallowed up. In the meantime, the other party keeps scoring point after point as they are given a free platform to scream out their repetitions and expletives

c.          Unfair Balances:  It is observed that there is an unfair balance of two sides. Sometimes, it is one person against six opponents.  This speaks loudly of the favoritism, injustice and inequality that the Media is an instrument of and this is projected to a nation of over one billion people.

If these television debates are to continue the same way, this drama will lead to more ICU traumas and we propose that unless a television channel follows the proper protocol of debates, they should be restricted or pay heavy fines, and no one should participate in these toxic wars of words.