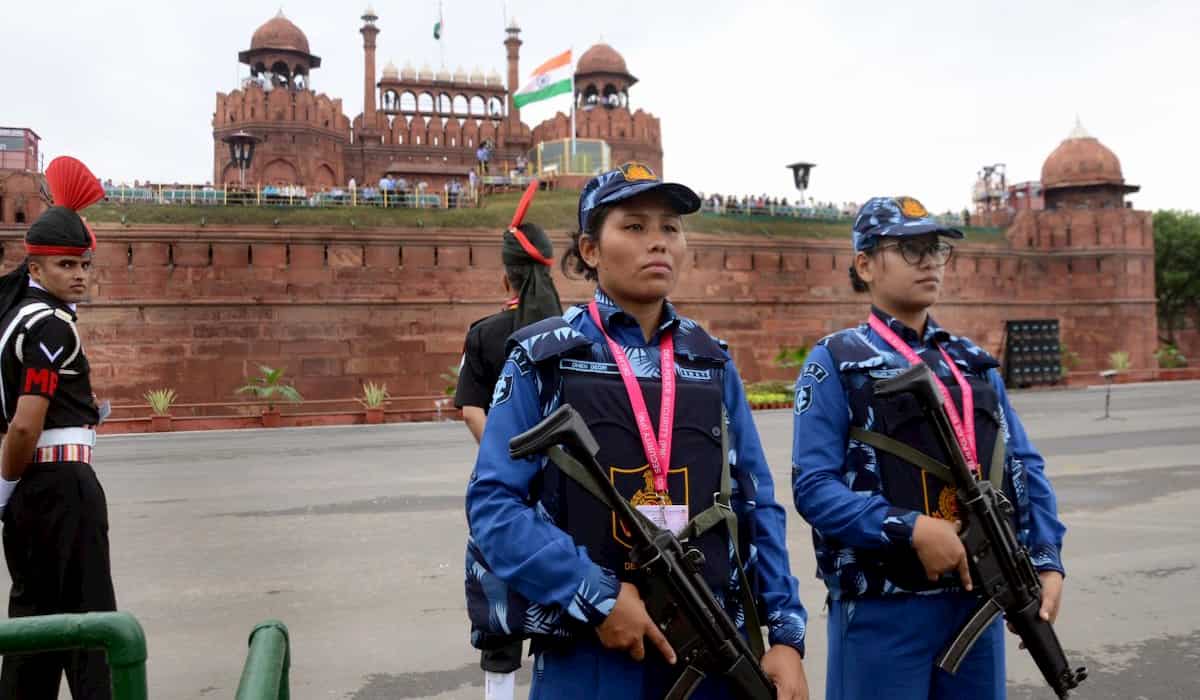 Tight security arrangements have been made in the capital Delhi for Independence Day. The Red Fort has been converted into an impregnable fort. On Saturday, Prime Minister Narendra Modi will hoist the tricolor from the ramparts of the Red Fort. Due to Corona crisis special changes have been made in the ceremony this time. Social distancing will follow throughout the ceremony. A five-tier security cordon has been built around the Red Fort, which will also have NSG snipers, elite swat commandos and teams of kite catchers.

His footage is being monitored every second by installing more than 300 CCTV cameras around the Red Fort complex. Apart from this, about four thousand security personnel have been deployed. Police has beefed up security at Old Delhi and New Delhi railway stations. Security personnel have been deployed on railway tracks as well as railway stations. On the morning of August 15, from 6: 45 to 8: 45, the movement on the track passing through the Red Fort will be closed

Roads around the Red Fort will also be closed. At the same time, the eyes of the security forces are also on the sky, so that no one can do kite flying near the Red Fort. Apart from this, a search operation is being conducted by the police to search for hotels and suspicious people.

The Delhi Police has ordered guests and security personnel attending the ceremony to follow the Corona Guideline. 350 policemen, who are part of the Guard of Honor, have been quarantined. This includes officers from the sepoy to DCP rank.