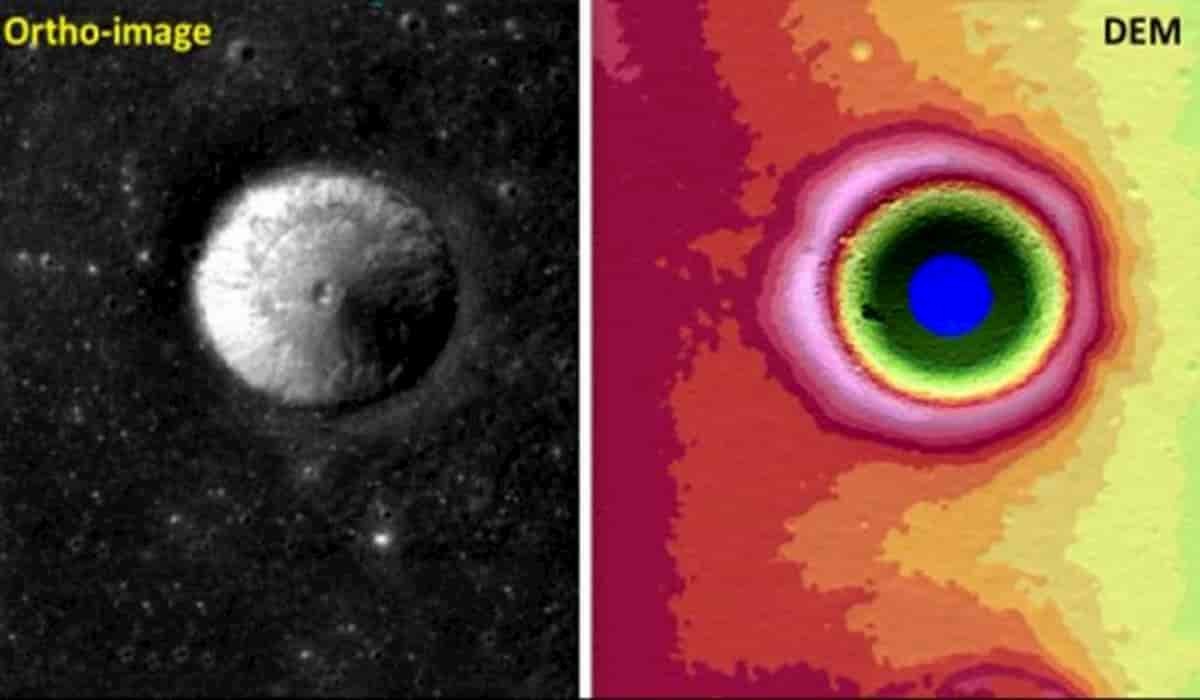 Chandrayaan-2 has photographed the craters of the moon, one of which is named after Vikram Sarabhai, the father of the Indian space program. This information was given on Friday in a statement. Minister of State in the Prime Minister’s Office, Jitendra Singh said that Sarabhai’s birth centenary year was completed on August 12 and it is a tribute to the scientist. Singh said that ISRO’s recent achievements are realizing Sarabhai’s vision.

According to Minister Jitendra Singh, the Indian Space Research Organization (ISRO) has paid special tribute to him by announcing that Chandrayaan-2 orbiter has captured the picture of ‘Sarabhai Crater’ on the moon. The Sarabhai Crater is about 250 to 300 kilometers east of the crater where the Apollo 17 and Luna 21 missions landed.

A 3D photograph of the Sarabhai crater shows that it is about 1.7 kilometers deep from the raised edge and the inclination of the crater’s walls is 25 to 35 degrees. These discoveries will increase astronomers’ understanding of processes on the lava-filled lunar field. It said that Chandrayaan-2 is working as designed and provides critical scientific data. The release of scientific data for global use from Chandrayaan-2 will be started from October 2020.