The Wrecked Ship of Desert, By Sakeena Gul Niazi

The Wrecked Ship of Desert, By Sakeena Gul Niazi 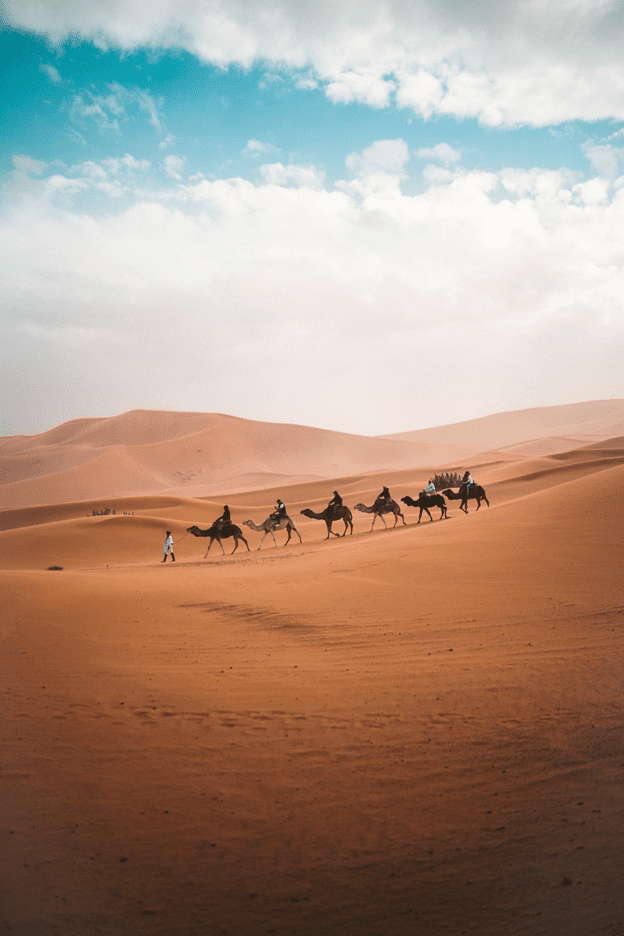 Dwindling Camel Population across the dry state of Rajasthan, is a cause of concern and worry.

Camel, the proverbial Ship of Desert is an integral part of the ecosystem of the dry state of Rajasthan and since the ages, it has played a vital role in the adaptation and survival of the human population in hostile climatic condition. It has also played a significant role in civil law and order, defence and battles. The camel helped the engineers while constructing the Indira Gandhi Canal in the Western part of Rajasthan. The camel corps constitutes an important wing of Border Security Force of Indian Para-Military Services. The Raika and Rebari community of the state owns the designation of being traditional camel herders. Sadly, the age-old tradition of breeding camels is dying out and the recent 2019 livestock census reports 34.69% decline in camel population from 2012 in Rajasthan with an overall decline in the country being 37%.

During the 2012 livestock census, when the population of camel dipped from a million in 1992 to 0.4 million, the alarmed state government declared camel as the state animal for its better conservation. Further, The Rajasthan Camel (Prohibition of Slaughter and Regulation of Temporary Migration or Export) Act also came into being in 2015 to prevent the loss of animal due to smuggling and slaughter. The subsidy scheme Ushtra Vikas Yojana (Camel Development Plan) for the new born camel calfs was also introduced. Unfortunately, the interventions didn’t work well and the number of camels in the state further declined from 3.26 lakh to 2.13 lakh from 2012-2019, as observed in the 2019 Livestock Census.

Camel sales have fallen drastically at the annual Pushkar fair in the recent years. Newspaper ‘The Hindu’ reports that the decline was the sharpest in 2017, when only 827 camels were sold compared to 3,349 in 2015. According to the members of Raika community, declaring the camel its state animal and the law banning its slaughter, trading and unauthorised transportation has badly impacted their economic condition, leaving them with no other source of income other than from the sale of camel milk, which doesn’t fetch much revenue. The earnings of barely three months of tourist season in Jaisalmer is difficult for a family to make both the ends meet for the whole year, when the maintenance of a camel itself takes away almost half of the income earned. The change in tourists choice cannot be neglected who prefer fast-paced jeeps safari instead of slow camel rides. Further, decreasing use of camel in agriculture and transportation, diminishing grazing lands, infrastructure development, urbanization, migration and distorted male-female ratio of camels, and few recent cases of camels turning violent to their masters, have only added to the woes of camel herders.

Presently, the ICAR-National Research Center on Camel (NRCC) Bikaner has started various initiatives like camel milk center, genetic improvement and better pedigree development projects of indigenous camels, farmer-scientist interactions, and awareness campaigns. However, much more is needed before the community’s issues are addressed. The utility expansion of camel will help to make it economically viable in order to assure its survival. Development of camel as a milch animal will provide a better financial return.
Improvement of camel milk dairies at nationalized and state level will boost the incomes of breeders.

Camels, which were once pride and prized assets of the traditional communities of Rajasthan, are now sadly facing the threat of extinction from the state. Decline in their economic importance has led the Raika community to give up age old practice of camel breeding. Still, the hope lies in the fact that camel milk reportedly has immense therapeutic benefits. The expansion of camel dairies and development of various milk products will provide camel breeding its lost sheen. The conservation of the animal is as important as the people and landscape of the state as all of these have together survived and
evolved over the pace of time.

Camel, the emblematic of Rajasthan, symbol of love and a fascinating animal with special ability of walking miles without food and water in dry land is worth all our attention and protection. Don’t let our “Ship of Desert” sink.