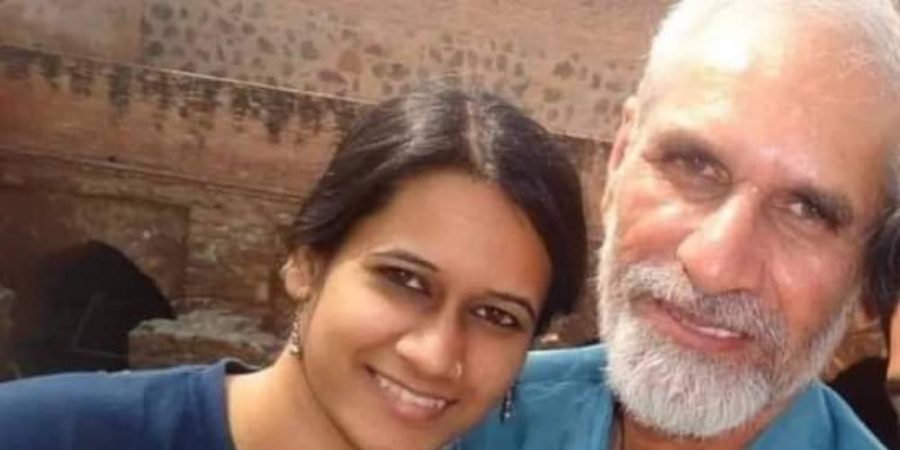 Natasha Narwal, the student-activist from JNU and leader of the women’s student group Pinjra Tod, who has been incarcerated for nearly a year with a plethora of cases filed against her by the Modi government as a consequence of her participation in the anti-CAA and anti-NRC protests, lost her father on Sunday. This would have been just another story of daily injustice in New India had it not been for the tragic circumstances under which Ms. Narwal’s father, Mahavir Narwal.

Mahavir Narwal was a retired agricultural scientist, aged 71, and had been actively engaged in teaching at the Haryana Agricultural University in Hisar for decades, besides volunteering for an NGO, Bharat Gyan Vigyan Samiti, to promote a scientific temper. He had stood by his daughter like a rock when she was rounded up and cases filed against her for participating in student protests. His fearless and reassuring words for her daughter at that time were inspirational for all dissenting voices: “There is nothing to fear about being in jail. My daughter will cope with positivity and comeback stronger.” The tragedy of that voice being silenced forever is immense. It is even more tragic that Mr. Narwal died of Covid after being admitted to hospital on 3rd May.

Natasha Narwal, on the other hand, had secured bail in 2 of the cases filed against her and was awaiting the Delhi High Court’s verdict on a third case that had been registered under UAPA. Her friends and well-wishers had planned a Twitter campaign from 7 to 9 PM on Sunday to press for her release from prison on bail in view of the critical condition that her father was in. However, that campaign was not required to get off the ground since Mahavir Narwal expired in an ICU of a Rohtak hospital at 6 PM on Sunday.