The Mysterious Law of Opposites

The Mysterious Law of Opposites 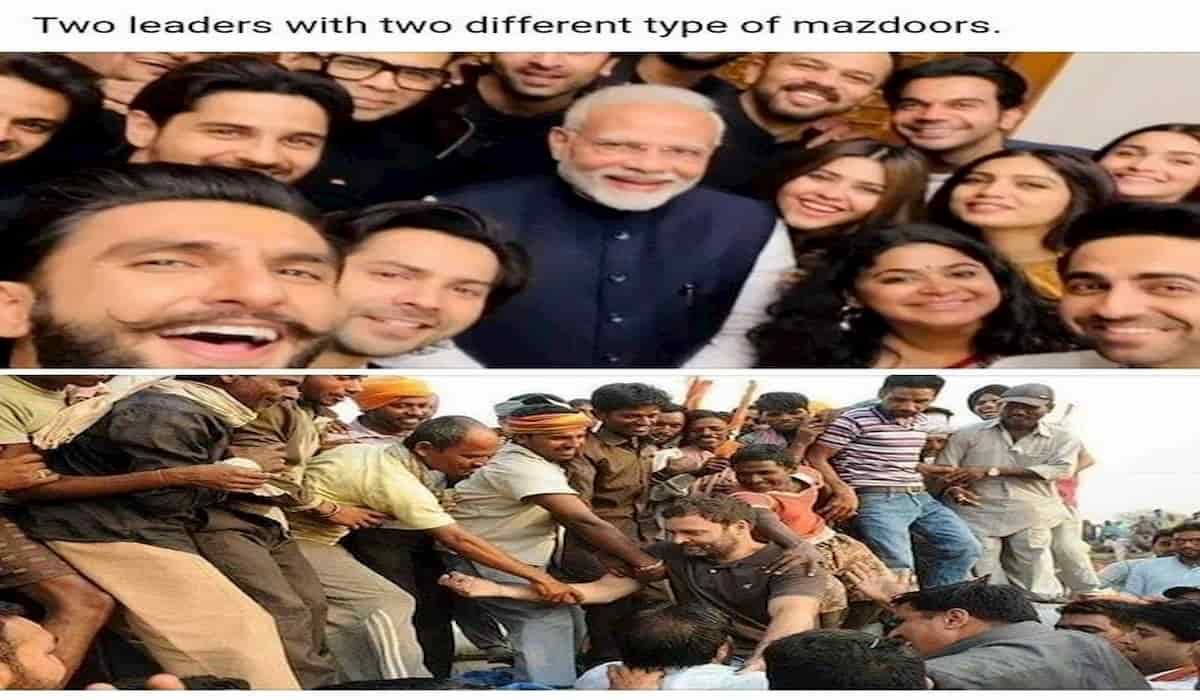 In 2012, the world was hit with economic meltdown.  Erratic changes occurred in India due to lashing monsoons where  the price of onions went scoring high. Media screamed blue murder at the outrageous prices of vegetables and exorbitant rates in restaurants.  Then the cost of petrol when up by one rupee, and India was in hysterics.  Anna Hazare rose out of a national fire to ignite Indians to fight a movement to promote rural development, increase government transparency, and investigate and punish corruption in public life and make the government more accountable. Anna Hazare suddenly faded away mysteriously when elections were over.

In that charged atmosphere of frenzied change in India,  Narendra Modi, a simple man of humble origins of the son of a modest chaiwala captured Indian hearts.  He was The Man to throw out corruption and understand the pain of the poor.   Millions of Hindus, Muslims, Sikhs, Christians, Buddhists and others voted for Shri Narendra Modi with happy hearts with visions of a flourishing India of a golden era of prosperity, green revolution, rural rise, and economic brightening and joy for all. The poor, urban, rural, middle and affluent rubbed their hands in glee chanting in ecstasy, “Modi hai to mumkin hai!” meaning if Modi is there, then it is possible and chorused “Ache din aane wale hai” meaning good days are going to come.

The mysterious Gujarat model captured “all” in awe though most people were not really sure what it was.    They were sure his Gujarat model would implement itself in India’s design as a rising star.  The poor were confident that Shri Narendra Modi being the son of a humble tea seller would identify with the pain of the poor and lift them out of troubled waters.

On his first year as Prime Minister, in 2014, the “Narendra Damodardas Modi” pinstriped suit got stunned reactions while his fans rushed to his rescue to defend him, eulogizing his every act.  The suit was worth Rs 10 lakh.  PM Modiji had not payed a penny for the suit material.  The making was done free of cost by Jade Blue, and later, he managed to auction the suit for US$695,000 and contributed the entire amount for Clean Ganga project.  Incidentally, however, sadly, the Ganga River is still extremely dirty. He did implement schemes such as housing schemes for the poor, pushed for a cleaner India, aimed for toilets in all villages, scrapped the Triple Talaq law to help Muslim women, preventing men from casually divorcing their wives, kept up an active government which responded quickly, and a vigorously aggressive IT cell which unfortunately worked overtime often many times to create malicious misinformation.

Breaking mindsets of the “poor man’s PM” he displayed his extravagant fascination for good brands with his expensive Maybach sunglasses, and favorite Italian branded items, his Movado watch and Bulgari glasses, fashionable Modi jackets, and lavish suits  They say he changes his clothes three times a day, which is perfectly acceptable because of course, he is the Prime Minister.

Times were difficult in 2017, as rural India wrestled with impoverishment, immersed in a sea of steep loans they couldn’t pay back, some dying of starvation, committing suicide, and most of the country was saddled with heavy financial burdens largely due to the effects of demonetization.  The farmers took to walking hundreds of miles by foot to Delhi expecting that Mr. Modi would give them a sympathetic ear, but he did not come near, and he rushed to Bollywood instead to attend an event at that very same time.

The poor farmers were greeted with guns at the Delhi border, some got severely injured and some got arrested. It was then that with eerie chill, many  realized PM Modi as not exactly a “poor man’s PM.

It was with eerie chill that they realized PM Modi was not exactly a “poor man’s PM when their exorbitant loans were not waived, their grain was sold for a song in markets, and they had to buy their own grain back at high costs.

It was with eerie chill when people realized he was not a poor person’s PM when demonetization happened at the stroke of midnight and millions of poor lost their life savings and some lost lives.

It was with eerie chill when people realized he was not a poor person’s PM when they stood in serpentine lines for hours in the scorching heat and those with heart problems succumbed due to the strain of demonetization.

It was with eerie chill when people realized he was not a poor person’s PM when he made schemes that would benefit the filthy rich in India, which would cut out of the middle person’s pocket and hurt the poor.

It was with eerie chill when people realized he was not a poor person’s when he met up with sports and Bollywood stars who glorified the PM above the stars, but rarely met up with the middle section or the poor.

It was with eerie chill when people realized he was not a poor person’s PM when the COVID-19 lock-down was declared, without a plan for the poor migrants who were not offered buses or trains to go home during the nightmarish weeks of walking and many died trekking back home.

It was with eerie chill when people realized he was not a poor person’s PM when the poor migrants during the COVID crisis were finally allotted trains to go home, but during the long 2-day scorching journeys in summer were not provided with food or water and people died in the trains due to hunger, dehydration and heat.  The Central Railways and Central Government did not think it important to ensure the people got food and water during the long train journeys home! Videos and pictures of the dead are now haunting most of the people in the nation.  Such deaths could have been prevented with care from the Government.

On the other side of the spectrum, a rant was growing against Rahul Gandhi who was born with a silver spoon in his mouth.  He was looked upon as the rich man’s spoiled brat who had it all.  People accused him of faking his outreach to the poor for surely, how could a guy who was born in the lap of luxury understand poverty?  A lucky kid they said he was who had the privilege to study abroad, held a black belt in Aikido, was a licensed pilot, and could dive 75 meters under the sea in a single breath.  They placed him as a brand of the Lutyens who did not have a place with commonplace Indians.  With a batch of rejection stamped on Rahul Gandhi making him a clown where masses were roaring uproariously with laughter whenever his name was mentioned, the wheels in BJP kept rolling the way they wanted that image to go.

While it would be a struggle for PM Modi to troop along lovingly with the thronging poor and hug them, this came very naturally to Rahul Gandhi.  Rahulji could sit along with the poor at the same table, eat samosas, puri, chai and chat with them freely.  He could hug a poor old woman as wrinkled as a raisin with pure love shining out of his eyes, he sought duty cuts on items for blind students, among other dozens of acts of empathy.  He could jump boundary fences to join a band of grubby farmer as he extended out open arms to them.  He could sit on a cobbled path with the distressed migrant workers during the COVID crisis and firmly keep his promises to all the people he met.   During winter, wearing his famous black Burberry quilted jacket each day, he brought in a certain commonplace space during his street outreaches with personalized compassion.

Some of the spectacular acts he did was his secret outreach to Nirbhaya’s family where he specifically instructed them not to tell anyone not desiring publicity.

Another act of valiance was when Rahul Gandhi narrowly escaped a plane crash during Karnataka polls in August 2018 when his aircraft, en route Hubbali, developed a snag mid-air.  During that frightening event when the plane nearly crashed, Rahuji kept calm and comforted the crew.  The grateful crew later shared this after the incident. In the face of death, he had no fear for his own life.  A true leader always walks along with the people.

On one occasion, a  photographer suddenly fell down a flight of stairs while covering Rahul Gandhi’s arrival at Biju Patnaik International Airport in Bhubaneswar.  Rahul Gandhi was the first person to rush down the stairs to help the photographer up.  There are some things in life one cannot fake, especially in hit and run cases and near death situations and Rahulji proved it.  He genuinely cared.

Modiji could hug the affluent far more easily than the poor.  His interactions, schemes, meetings, and outreaches were directed strongly towards the favored opulent crowd.

On the other hand, Rahul Gandhi, the man born with a silver spoon in his mouth who had sailed through galaxies of glamour and glaze saw it all and there was nothing new to entrance him.  So, his heart readily caught the plight of the poor.  Kindness is a natural inborn trait in him, so he is very easily  drawn to the penurious masses.  Fascinated with their simple lives, so different from his own, he loves to sit and talk to them.  He joined the demonetization line to talk to the masses standing in that line and get a peek into their thoughts in that situation; he sat in a movie hall just to identify with citizens who watch movies and get a glimpse into their daily lives.  He is the man that insists that the poor farmers and others get their money transferred directly into their bank accounts to put money into the system without it getting trapped by other grabbing agencies.  Somehow over these last years, with all the schemes, the poor and middle section never saw the money that was promised because it got lost in the “system.”

Both are just following the science of the law of opposites. , Rahul Gandhi is used to it, so he can never be compromised and it is important to note this!  There is no condemnation to either for this is just a natural part of the law of the Universe that they are drawn into,  which works on a large scale though there are always exceptions to the rule.