Patient Died in Midway While Taken on Palanquine

Patient Died in Midway While Taken on Palanquine 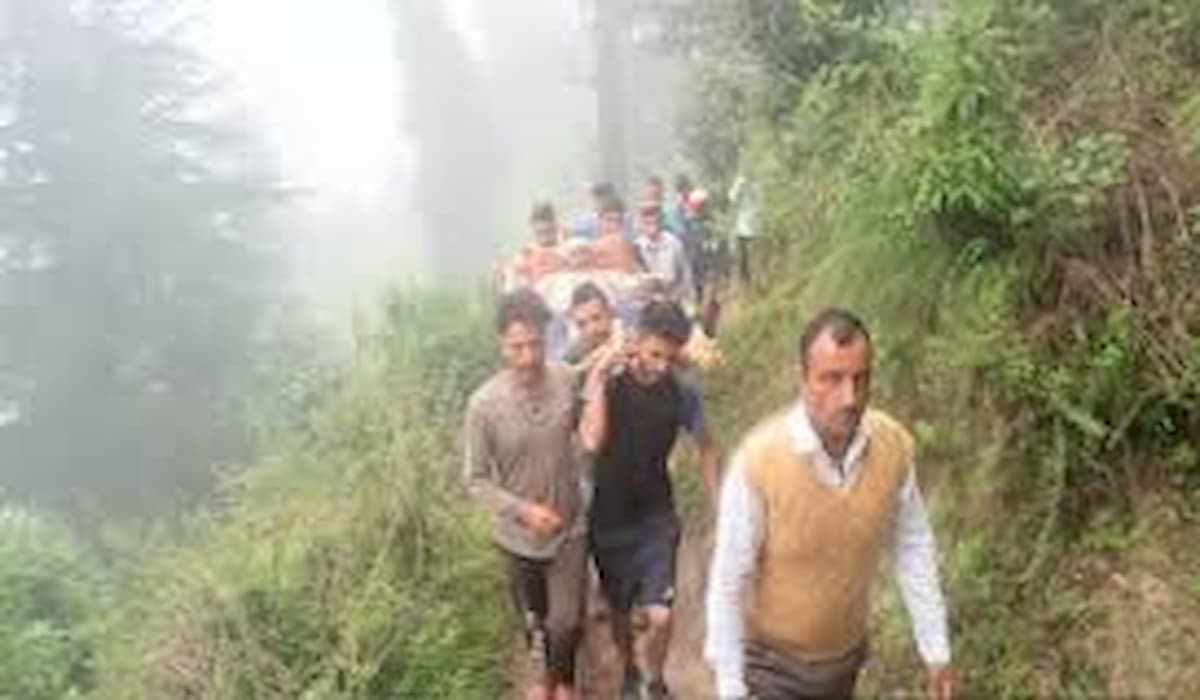 A 70-year-old ailing elderly person was being taken to the hospital after he was picked up in a palanquin from Dhamgrand of Kohlri village of Khajjiar in Chamba district of Himachal Pradesh. Dhamgran resident Chaman Lal’s health suddenly worsened in the morning. With the help of villagers, family members took him on a palanquine and left for Chamba Medical College. In the absence of road, family members had to first pick up the sick person in the palanquin and take it to Khajjiar two km away.

He was to be transported by private vehicle to Chamba Medical College. But the elderly died near Gangu Bei village, half a kilometer from Khajjiar. The family and the villagers took the dead body back home from there. Where the body was cremated. If there was a road from Dhamgran to Kohli, then the sick elderly person would not have died in the way. There is a lot of anger among all the villagers about this.

Among the villagers, Pawan Kumar, Sonu, Subhash, Deenanath, Mahindra, Kaku Ram, Ramesh Kumar and Om Prakash say that due to lack of road, a person who is ill in the village has to lift the palanquin or back and reach the health center. However, villagers have been demanding for a long time to build a road from Kohladi to Dhamgran. But their demand has not been fulfilled till date.

But the above road work has not been started by the department yet. There is anger among the people about this.