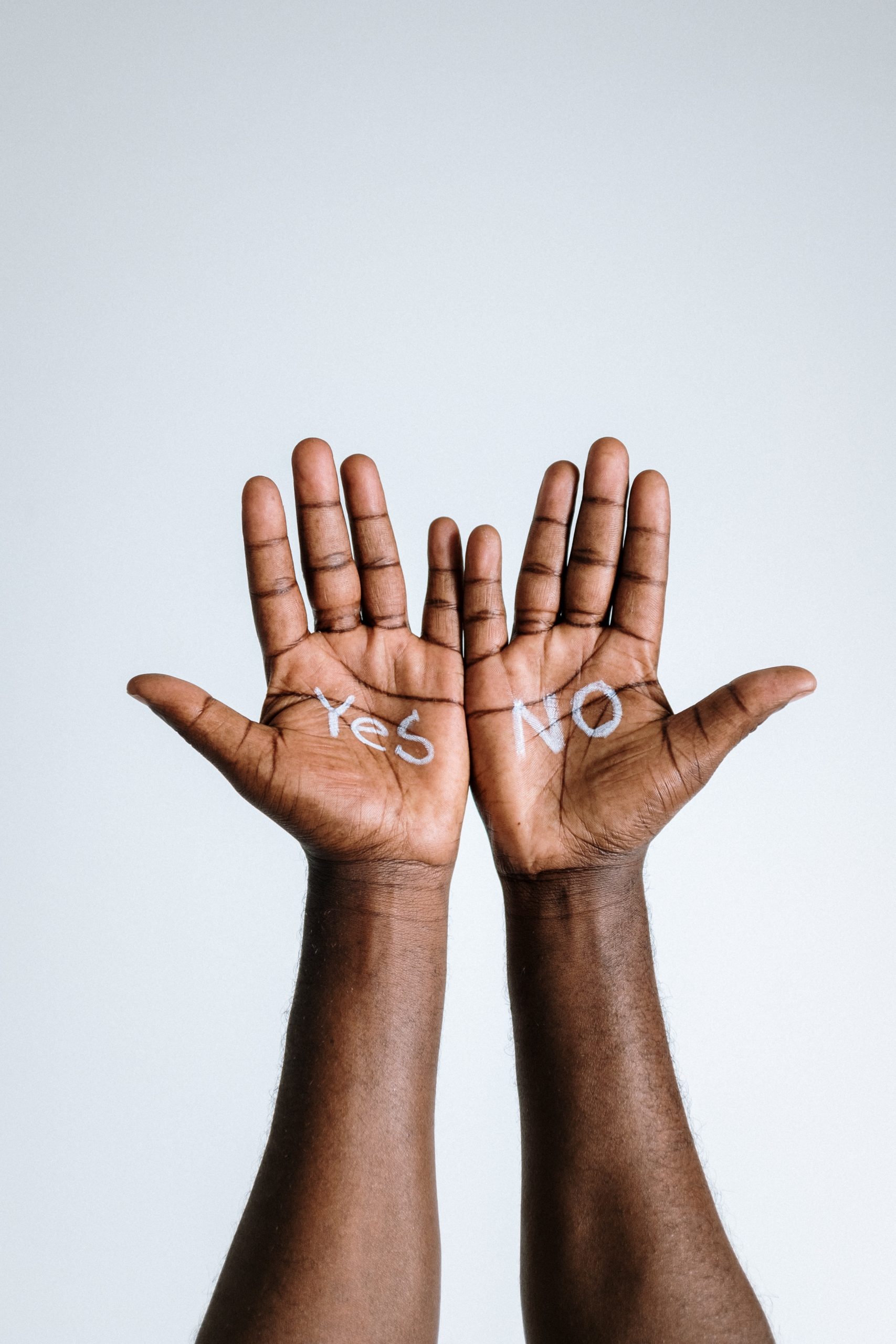 The basic tenet of democracy is choice. The idea of democracy does not exist without the idea of choice. And the only way to subvert Democracy is to subvert choice. There exist many ways to subvert or limit our political choices. Those are both overt and covert but their effect on the citizens is the same. In absence of true choice, the citizenry is bound to lose its voice and democracy ends up being a “Up to Down” phenomenon rather than a “Down to Up” phenomenon. And the most disastrous effects of this “Up to Down” phenomenon, is on policy. In democracy the citizens vote in favor of policies that they support, which they believe will make their lives better and hence policy becomes a “Down to Up” Phenomenon, while in “Up to Down” autocracies a small group decides policies on basis of what’s good for them and their friends.

Now coming back to the subversion of democracy and the ways by which it happens, lets talk about a few.

The Blatant and in your face way of subversion of democracy is when a dictator dissolves all structures of democracy and installs himself as a sovereign and rules by writ. The best examples of this would be military juntas and people like Augusto Pinochet. It would be difficult to find examples of the same today because even the most autocratic regimes of the day try to legitimize their existence through a ballot. Believe it or not even North Korea conducts an election every four year.

Next come the varying steps of limiting the choice in democracy rather than absolutely and crudely eliminating choice. But have no doubt about the fact that the long term consequences of these methods are just the same and as devastating as complete destruction of choice.

One such method of limiting choice by converting a democratic process into a personality cult, is described here. We have a plethora of right wing autocratic governments right now that are run as a personality cult; be it Putin, Modi, Kim Jong or Erdogan. They all run an autocratic regime centered at their own personalities. These personalities and narratives around them are carefully constructed. It’s a very fine balancing act and any of their Critique is not ignored, rather it is destroyed. A single newspaper article may be enough to put you on a list. Retribution is based on the amount of weightage your opinion carries. The more weight your opinion carries the worse will be the consequences of any infraction. The primary weapon used to enforce this cult is fear. They have police, investigation agencies, Central and state agencies, para militaries, ideological groups of young men who are nothing but goons, and wait for it, even the motorcycle gangs to enforce their writ. The opposition is decimated by all means. Their funding is chocked. Investigative agencies are used as an instrument of blackmail. Different standards of law are applied to the opposition and the ruling party. For these men ideology won’t stand in their way to power. For them ideology is all but a means to an end and the end is a Machiavellian quest for power. They believe themselves to be men of destiny whose fate it is to mold the destiny of their nations in their vision. But in the end, it boils down to cronyism, secret bank accounts and control of every aspect of the citizens’ lives.

Fencing all democratic processes within a boundary of ideology is one of the favorite and most insidious mechanisms of eliminating true choice in a democratic process. This is, the favored methodology of subversion of democracy among modern day autocrats and wanna-be autocratic systems, especially the ones based on an ideological system.

China or Iran would be a prime example of this. The choice exists, there are election and results and all the political maneuverings and palace intrigue. But what is missing is true choice. The scope of choice is the same as were the color options of a Ford model T. In China you can choose any leader as long as he is the member of the Communist Party of China. In Iran you can choose any politician as along as the Ayatollah approves. Even in India, it’s an open secret that Rashtriya Swayam Sewak Sangh (RSS) has been clear about fencing public and political debate within the realm of Hindutva politics. This is theory a system very similar to what exists in Iran.

Another mechanism is limiting the scope of discourse in a democracy. As soon as you limit the scope of discourse by delineating ‘holy cows’ which cannot be debated upon such as the shape of its political system or the economic system or the meaning of what defines to be a part of the nation you end up preventing generation of choices for the voter. A more mature democracy would always allow for even the most extreme of views. A mature democracy and nation with self confidence would even allow secessionists, who challenge the very existence of the nation, to come to the ballot rather than silencing them with a bullet.

Also as soon as certain ideological point of views become completely unacceptable and are used as a four-letter word in politics. It is a problem as it again limits the meaningful discourse. For example; in the USA, Socialism is an absolute no go area. This helps in limiting dialogue. You want a fixed minimum living wage…. IT’S SOCIALISM! Bam! The conversation is over. You want universal healthcare. IT’S SOCIALISED MEDICINE! BAM! The conversation is over. One can discuss Kashmir, but only within the context of it being an integral part of India. Any other discourse is anti-national. Such labelling and tabooing of subjects allow for special interests to use them to limit the scope of democracy.

Another method of subverting democracy is by distraction. This is in fact one of the oldest forms of subversion of democracy. The Romans did it. It is about distracting the people with a show of smokes and mirrors. The Cesar built Colosseums and held grand feasts and matches and a circus while he contracted the scope of democracy. We have IPLs, UEFA, NBA. Thousands will fill stadiums for their teams and sometimes even riot in response to their favorite team’s performance but try to gather a crowd half the size to protest against the condition of the roads just outside those stadiums, and u will realize how strong the distraction is.

A favorite method of subverting choice in two of the largest “democracies” of the world US and India are ‘hot button issues’. These are issues built up by the political parties, with the help of crony capitalists and pliant religious heads, to become a center around which the political discourse revolves. The fact of the matter is that these matters are emotional matters with no actual bearing on the wellbeing of the society or the individual. These include, but are not limited to issues such as Abortion, Gay rights, Mandir-Masjid etc. These issues become central electoral issue thanks to messaging and media management and side-lined issues such as healthcare, education, food security, water security and in that sense destroy the essence of an educated choice.

Xenophobic issues have a similar effect. By molding the political discourse around a minority, both the minority and majority end up loosing the freedom of choice. The minority looses the luxury of critically analyzing the policies of a party, but will simply vote for those who don’t call for their persecution as against those who do. On the other hand, the majority also falls slowly into their trap of polarization and starts to vote for the party which takes a stand against the minorities and portrays itself as pro-majority. In this discourse what is lost upon the majority is that the same party, that portrays itself as pro-majority, is actually taking away their pension, their social-security, their socialized healthcare, subsidized quality education and stable jobs. The majority fails to see their lives and futures being stolen by these crony capitalist right-wing parties, while they keep voting for them. This binary discourse of singular topics also takes away much of the choice from both the majority and minority and makes the vote against their own welfare.

Only in an environment of free unhindered choice can democracy flourish. The choice has to be a true choice based on issues of their personal welfare rather than on emotive topics or on bases of tribal identities. In true essence, the poorer classes of society that vote for welfare schemes are more in tune with the ideals of democracy, than the richer classes that vote on basis of religious and caste identities because they can afford to do so.