The Journey of Rahul Gandhi

The Journey of Rahul Gandhi 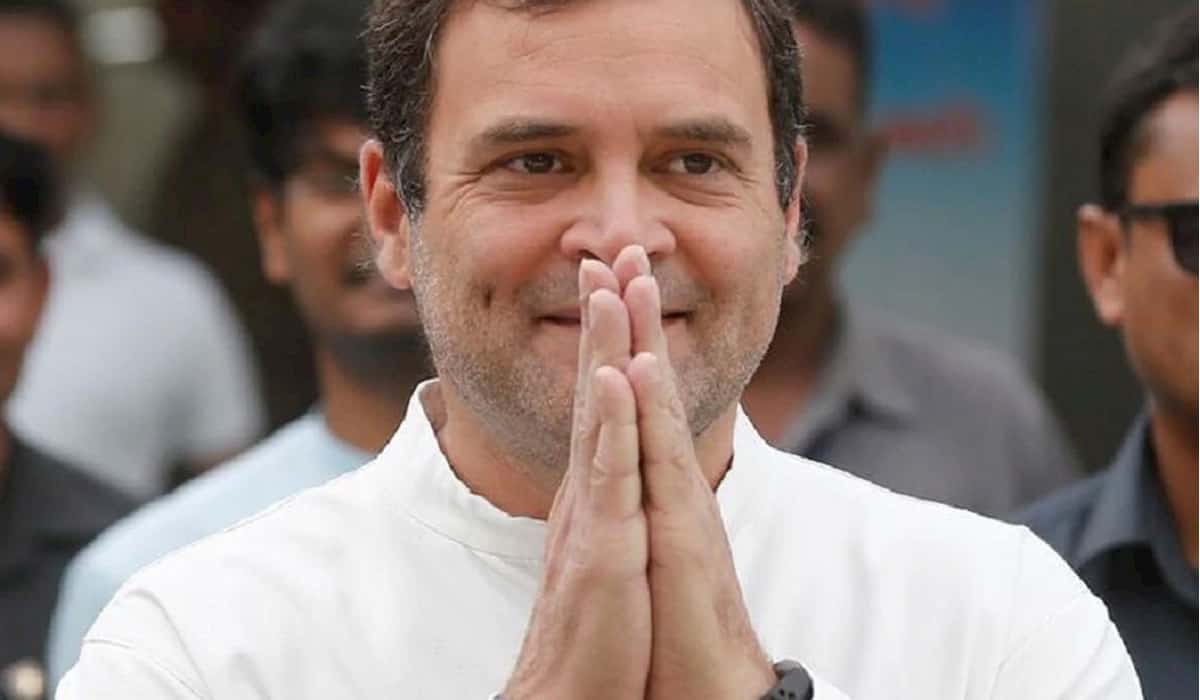 We all know who Rahul Gandhi is. To some, he is an opponent, to some he is an object of mockery, to some he is the torch bearer of dynastism and to some he is somehow the reason for every problem in our country today. However, to most, he is someone who reeks of privilege. Therein lies what prevents us from considering him credible. But, is the Gandhi scion really as privileged as we think he is? Let’s look into it.

It all started on Oct 31, 1984. Prime Minister Indira Gandhi was walking by the garden of her residence to reach the main gate and board her Ambassador. She greeted the guards at the gate with a warm ‘Namaste’, but the guards had something else planned. 36 bullets were fired at her that day. 29 passed through, 7 got stuck inside. Her heart remained untouched, but that wasn’t enough. Poor Indira couldn’t survive. India lost its Iron Lady that day, but more importantly, a child lost his grandmother. On top of it, the people who were responsible for the massacre were Beant Singh and Satwant Singh, her bodyguards, the very people who were entrusted with the responsibility of protecting her. The betrayal feels even harsher once you come to know that young Rahul used to play badminton with Beant Singh, a man whom to this day, Rahul refers to as an old friend. She was advised against retaining Beant Singh in her security detail, but the Iron Lady had full faith in the man who had been working under her since years. “I have nothing to fear as long as I have people like him”, she’d often say. At the time, Rahul Gandhi was just 14. However, it was only the beginning.

In the aftermath of Indira Gandhi’s untimely demise, the whole nation broke into conflict. There were riots everywhere. But, in the middle of all this chaos was the silenced outcry of a child who got deprived of a childhood. Young Rahul was a student at the reputed Doon School of Dehradun, one of India’s premium educational institutions. After Indira’s death, he was made to leave Doon School citing “security concerns”. He had to be home-schooled for the rest of his upbringing. Remember the pranks you used to play on your favourite teacher? The meals you shared with your best friend in canteen? That first crush? Rahul Gandhi never had those.

The next big chapter in Rahul Gandhi’s life was May 21, 1991. After campaigning in Visakhapatnam, Rajiv Gandhi’s next stop was in Tamil Nadu. Once he reached the site of the rally, he got out of his white Ambassador and started walking towards the dais to address the audience. On his way, he got flooded with warm greetings from supporters and well-wishers. One of these apparent well-wishers was a Sri Lankan lady by the name of Dhanu. She went up to Rajiv Gandhi rather anxiously and upon being noticed, greeted him with an innocent smile. Then, she bowed down as though she were to touch his feet and seek his blessings, but she had something entirely different in mind. As she bowed down, she detonated a belt laden with explosives that she was actually wearing underneath her attire. 14 people died that day, 13 of them being innocent Indian citizens including none other than Rajiv Gandhi himself. It was a big loss for the nation, but an even bigger loss for a barely 21-year-old Rahul who perhaps needed his father the most at that crucial juncture of his life.  The bodies were flown to New Delhi for the autopsy. They tried putting the remains together or rather whatever was left of them after the explosion in the hopes of organizing a funeral ceremony for his loved ones. The funeral was attended by dignitaries from over 60 different countries across the world. Yes, it is difficult to lose a father, but it’s perhaps even worse when you realise that you didn’t even get an opportunity to say ‘goodbye’ and see him for one last time because there’s practically nothing left of the body after the explosion.

At the time, young Rahul was a student of Harvard. Like every other college student of his age, he was also a passionate and ambitious youngster keen on going out and exploring the world. But, after his father’s death, he was made to leave Harvard and settle for Rollins College of Florida, again, citing “security concerns”. There, he was forced to attend classes being disguised as an Italian national called Raul Vinci. His real identity was revealed to nobody other than the college authorities and the security officials assigned to keep him safe. Every friend he ever made in college was not Rahul’s friend, but rather Raul’s friend. Must be interesting to have someone call you a friend who doesn’t even know who you actually are.

Rahul Gandhi’s political career kickstarted in 2004 when he contested the Lok Sabha Elections for the first time from the family bastion of Amethi in Uttar Pradesh. He was among the first to vocally advocate in favour of the repeal of Article 377 for the decriminalisation of homosexuality in India. He was also among the first to support the Women’s Reservation Bill guaranteeing women a 33% representation in Parliament. In 2013, Rahul Gandhi got elevated to being the second in command of the Congress by the establishment of the position of Vice President. In his maiden address, his iconic statement resonated across the subcontinent, “Power is poison.”. One of the landmark moments of his journey as a politician is on Jul, 2013. The Supreme Court passed a judgement barring MPs, MLAs and MLCs from retaining their office upon getting convicted for a crime with a sentence of more than 2 years. The Government with resounding support from beyond party lines attempted to pass an ordinance to put the Representation of the People Bill into effect in order to nullify the judgement. The only one who stood up to this malicious tactic was Rahul Gandhi, that too against a Government being run by his own party. Making a surprise visit at a press conference, on national television, a visibly agitated Rahul Gandhi tore apart the document explicitly condemning the bill and endorsing the Supreme Court judgement.

Today, Rahul Gandhi is 50 years old, even though he might look like he’s in his mid-30s. He has made it a point to not get married and have children probably because he understands the burden that the title ‘Gandhi’ has to carry on its shoulders. Rahul Gandhi’s party attempts to portray him as a leader of the youth, but we all understand that the word “youth” in Indian politics has a habit of getting stretched on for decades. Rahul Gandhi is not just a leader of the youth, he claims to have a vision of an ‘Inclusive India’ embracing people of every religion, every race and every age. However, there’s a glaring negative aspect. Suffering multiple humiliating defeats in a row, the Congress is at its lowest tally ever in Parliament. We have a power-hungry regime at the Centre wholeheartedly trying to usurp our freedom by infiltrating every pillar of Indian democracy, be it the judiciary, the press, the Election Commission or the CBI. Journalists are being intimidated with death threats and rape threats. Activists are being put behind bars. Hate crimes against minority are at an all-time high and unemployment is higher than it’s ever been in the last 45 years. Public enterprises are being sold off to the highest bidder. Muslims and Dalits are being lynched on the streets and the killers are being garlanded. Data is being manipulated to prevent the people from knowing the truth.

However, Rahul Gandhi is a man who has developed sort of a habit for taking on challenges. Maybe, that’s why he refuses to give up even while a country full of millions mock him by calling him names and making a laughing stock out of him at every moment of every day. For an ordinary person like you and me, being laughed at might be something that is impossible to tolerate beyond the span of a few days. For Rahul Gandhi, it’s been years. Self-proclaimed allies and comrades keep deserting him in his time of crisis. The ones who were considered his closest friends towards the beginning of his political career are either jumping ship or telling him to walk away. The Jyotiraditya Scindia, who was welcome to walk into Rahul’s residence at 10, Janpath Road any time he wanted without even making a prior appointment, has defected from the Congress and joined the BJP for a Rajya Sabha ticket. Jyotiraditya Scindia took more than 20 of his loyalists with him which led to the collapse of a democratically elected Congress Government in Madhya Pradesh. The Sachin Pilot who showed great promise as a young leader has been charged for conspiring with the opposition to topple the Government of Rajasthan. The party is plagued with mass defections across the country.

Yet, it seems as if Rahul Gandhi just doesn’t know how to surrender. Some are short-sighted enough to dismiss him as a failure. However, he sure looks like a fighter. Maybe, being Rahul Gandhi isn’t so easy after all.