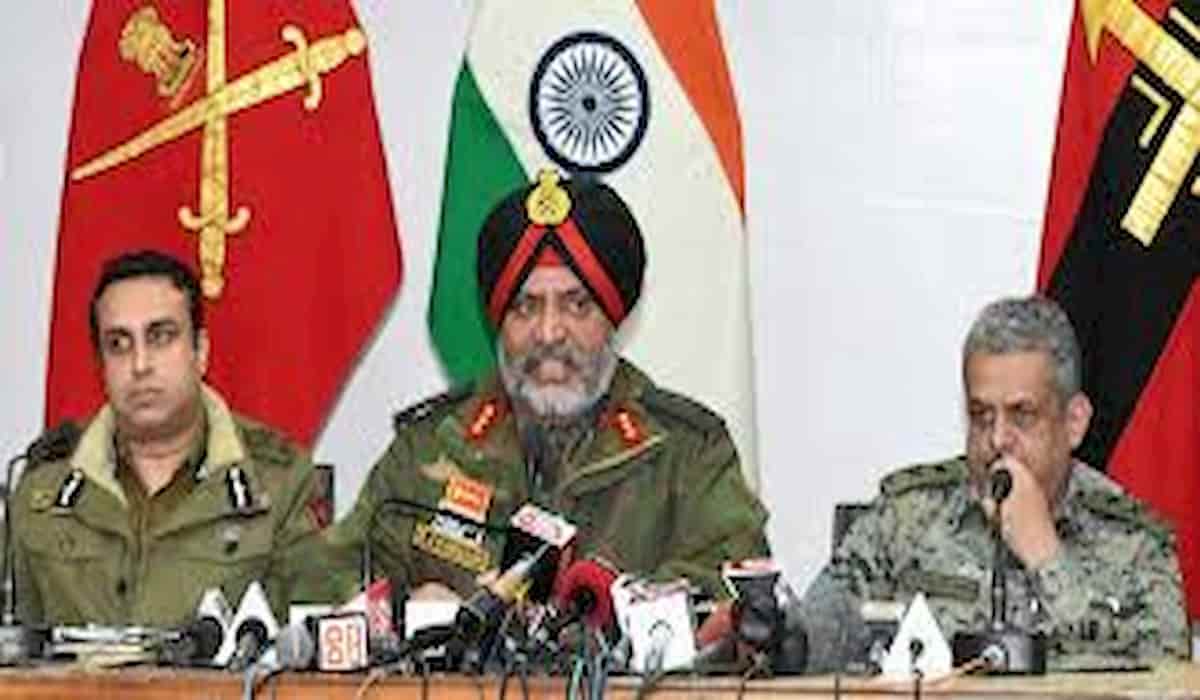 After eight militants were killed in two separate encounters in Shopian and Pulwama districts of South Kashmir, Kashmir IGP Vijay Kumar reiterated that a suicide attack was being planned along the lines of Pulwama, in Jammu and Kashmir. The conspiracy to attack through two more such vehicles has been revealed in Kashmir after the explosives laden cars were found in Ayan Gund area of ​​Pulwama last month. Security forces are in search of these vehicles.

In a joint press conference on Friday at the headquarters of the Army’s 15th Corps at Badamibagh Cantonment in Srinagar, the IGP called the car IED suicide attacks a major challenge. He said that the IED expert of Jaish-e-Mohammed was killed and a large IED was recovered and deactivated.

Also two more cars are input of IEDs, which we are working on. He said that one Pakistani Jaish Commander Adnan and the other Walid Bhai, both had escaped during an encounter recently. We are constantly behind them and very soon we will kill both of them. The IGP said, the survival of these two is definitely a danger but it will be eradicated soon.

Meanwhile, Vijay Kumar, IGP, Kashmir Range of Jammu and Kashmir Police, said in response to a question that terrorism has almost been eliminated from South Kashmir. There are still 12 days left in this month. Now we will focus our attention towards North Kashmir by eliminating terrorism from South Kashmir. At the same time, IGP (Operation) CRPF Rajesh Kumar said that this year many successful operations have been done on ground and all these are the result of mutual coordination between security agencies.