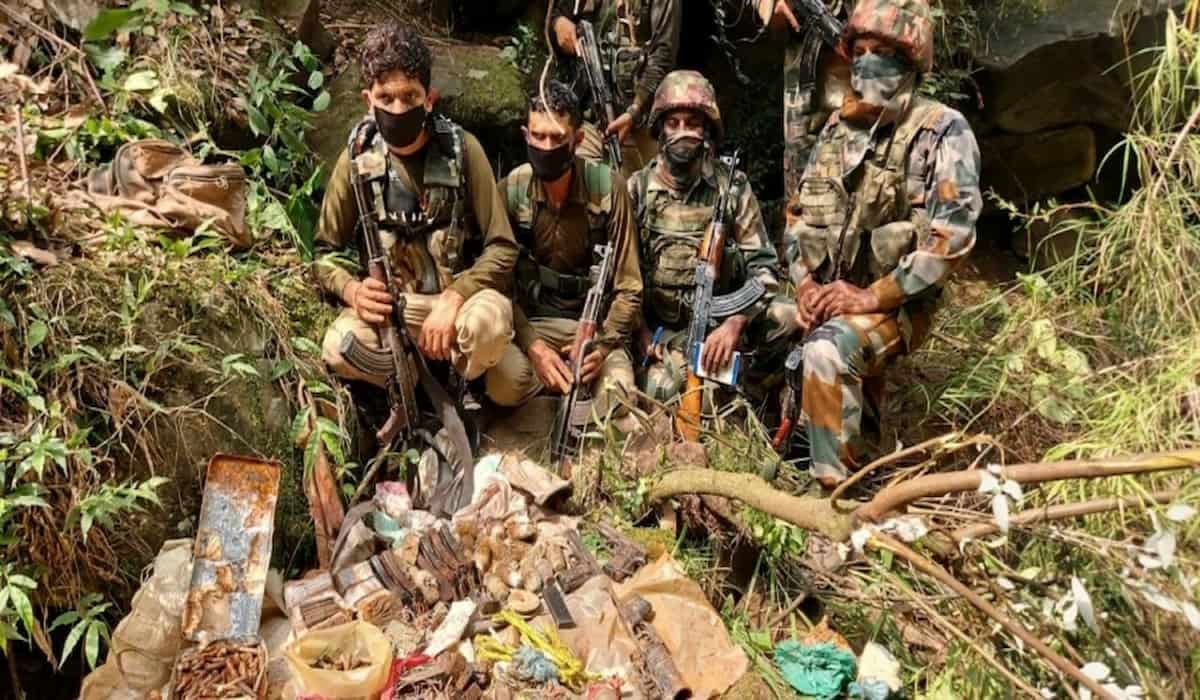 Terrorist hideout has been busted by security forces in Manjgam forest area of ​​Kulgam district of Jammu and Kashmir. According to official sources, terrorist activity was reported in Rahmakan Manzgam forest area of ​​DH Pora in Kulgam district, after which search operations were carried out. During this time some weapons have been recovered from there and search of the area is still going on. The operation was launched by the 34 National Rifles of the Army.

Earlier on April 20, a terror hideout was busted in Kamla forest area of ​​Tral in Pulwama district. This operation has been carried out by the army, police and CRPF. Objectionable material was also reported to be recovered from the hideout. Security forces were reported to have committed terrorist activity in the Tral region of South Kashmir. On the basis of which search operation was started. Meanwhile, the terrorist hideout was found, which has been destroyed. The police have registered a case in the relevant sections.