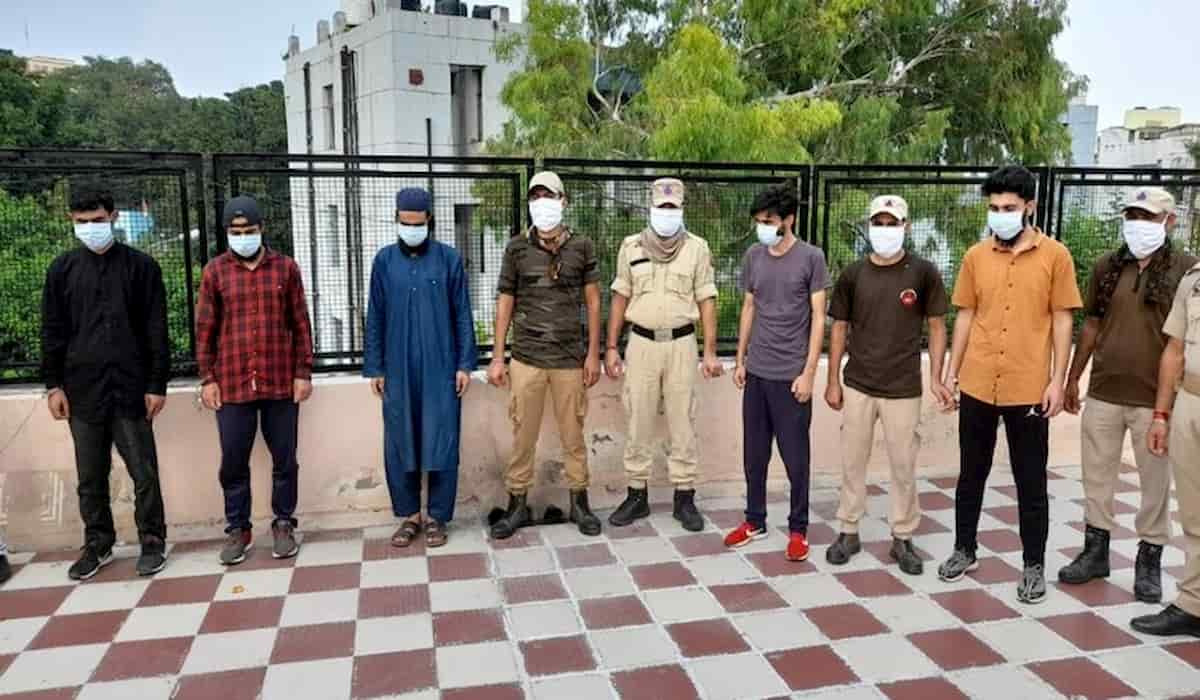 The security forces in Jammu have been successful in busting terror funding module of Lashkar-e-Taiba by arresting 6 terrorists.One of the 6 terrorists was arrested last month and based on the information given by him during interrogation, 5 more terrorists have now been arrested.

According to the police statement, all the arrested militants were in contact with their Pakistani handler Mohammad Amin alias Haroon. He was the commander of Lashkar in Doda. Inspector General of Police of Jammu Zone (IGP) Mukesh Singh said that these terrorists were receiving funds from Pakistan to revive terrorist activities in Jammu region.

They receive money through people who went to Pakistan on valid visas to meet their relatives. He later returned through the Wagah-Attari border with a consignment of cash hidden in bags and tiffin boxes. According to the police, the captured terrorists received more than Rs 12 lakh from Pakistan through different means. Lashkar sent him money through different means.