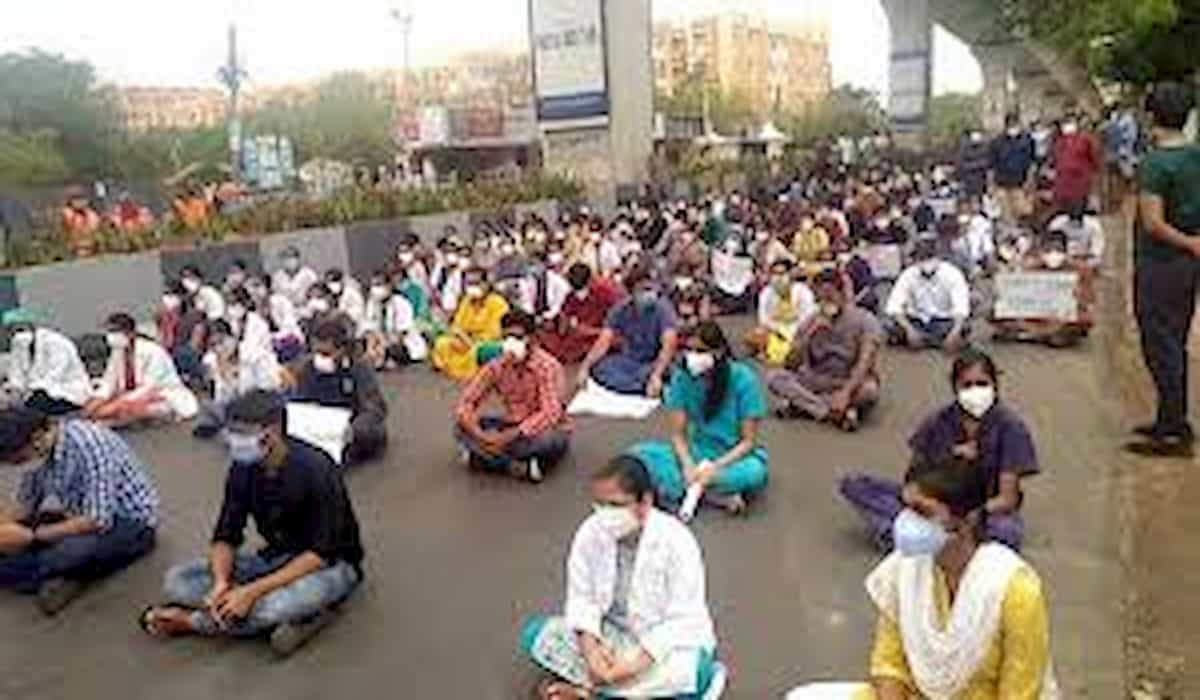 The doctors at the hospital refused to resume duties until their demands were met.  The protests, which began on Tuesday night, continued till 3 am on Wednesday and doctors resumed the sit-in protest at 8 am. The state has  450 doctors for a population of more than 3 crores, of which 110 have been infected by Corona.

The KCR government has come under question for its continued refusal to engage private labs for testing, despite the approval of the Indian Council of Medical Research (ICMR) and directions from the Telangana High Court. And the state’s decision to do away with the mandated quarantine for railway passengers arriving in Telangana hasn’t helped curb the scepticism.

The test positivity rate of COVID-19 on the second day of mass testing on Wednesday shot up to 24.5 per cent which is at par with Delhi, which is 25 percent. This is attributed to low rate of testing in the initial time of the outbreak of the pandemic, when Telangana tested just 200 samples per day. – the lowest among all the southern states.

Telangana does not have a set of norms for domestic passengers. For international flyers, there is still a seven-day mandatory institutional quarantine.The state has 5,406 cases out of which 3,027 have recovered successfully and 191 people  have lost there lives.

On Wednesday the state witnessed another rise in the number of COVID patients as 213 people were tested positive out of which 165 are from Hyderabad. The capital has emerged as the worst-hit city in the state.