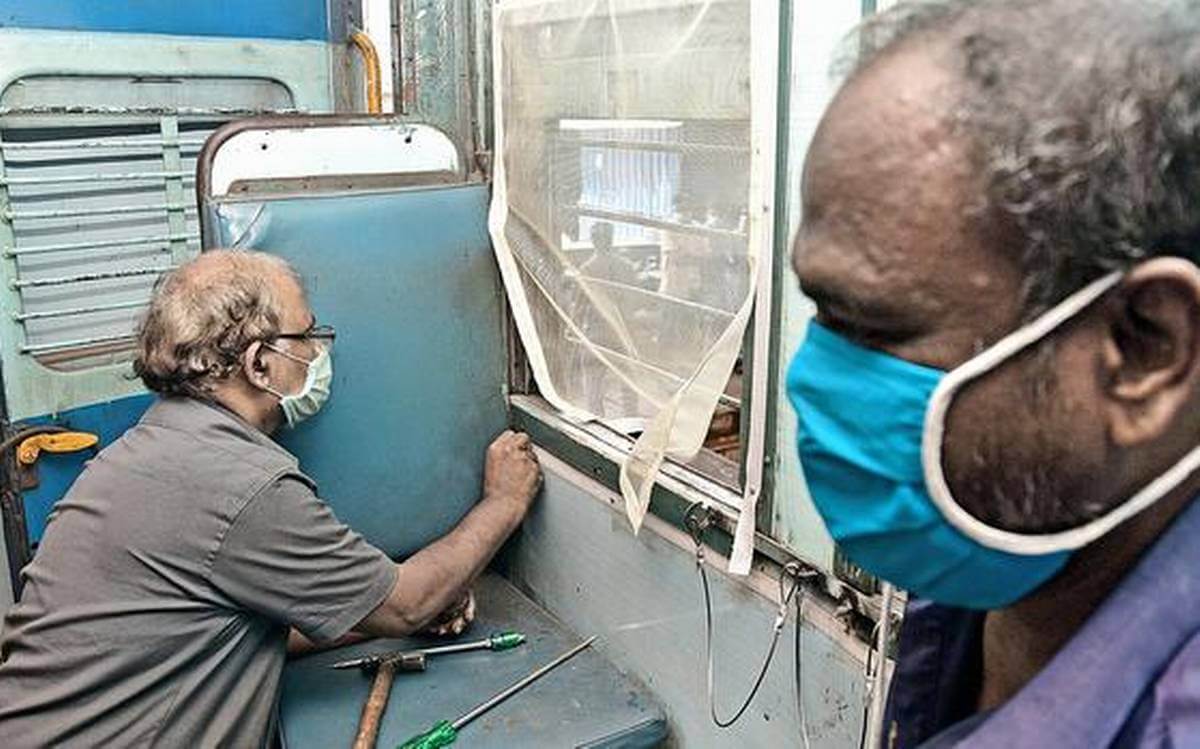 To reduce the temperature of non-air-conditioned isolation coaches, the Indian Railways has decided to apply solar-reflective coating over 100 Covid Care Isolation coaches with paint. According to the railways, by applying AC coating, the temperature of these coaches can fall by up to 5-6°C. However, initially it will be done as an experiment and if it succeeds it will be put in the rest of the compartments.

As per the guidelines of the Ministry of Health, around 5,200 such Covid Care Isolation Coaches have been placed at 215 railway stations across the country for the care of Covid patients. According to a senior railway official, the railway has now ordered a trial to paint the roof of 100 converted coaches of the Northern and North Central Railways.

An official involved in the whole process said that the test is expected to be finished by June this year and once we are able to reduce the temperature to at least 5-6 degrees Celsius, we will speed up with the project. The thing is that if we cannot reduce the temperature sufficiently, then there is no point in putting money and resources into it.

According to officials, this particular painting has been made by IIT Bombay under Made in India which has been used in trains like Humsafar Express, Rajdhani and Shatabdi Express.