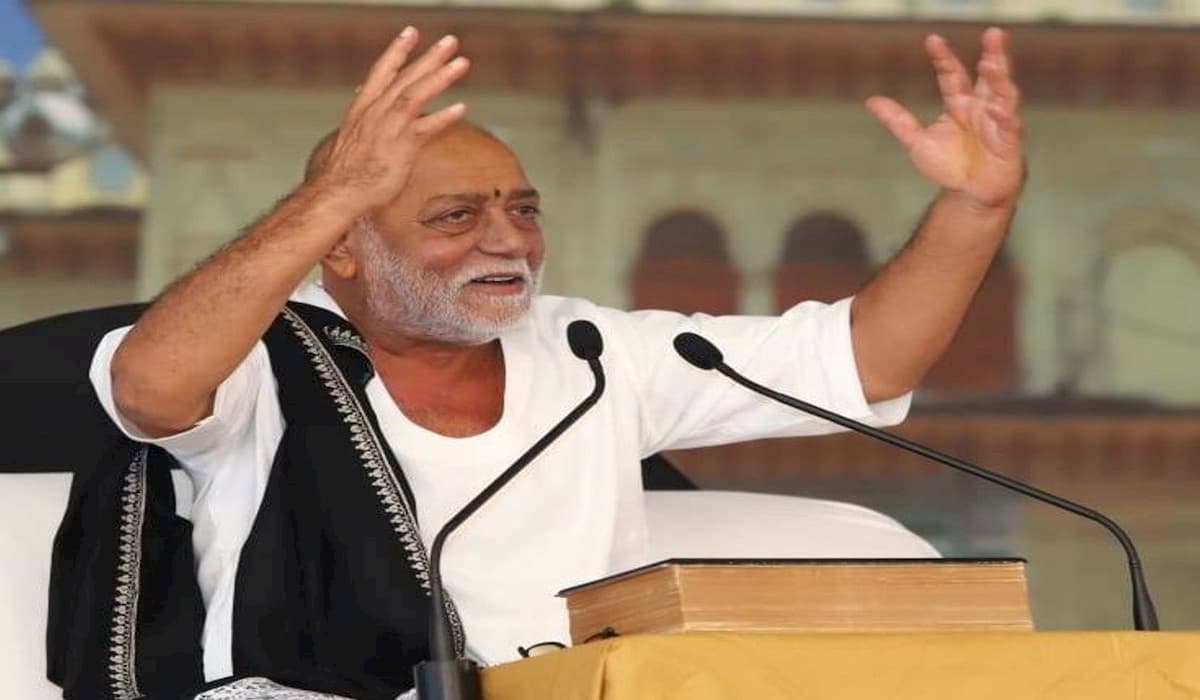 Ramkatha preacher Morari Bapu was attacked in the Dwarkadhish temple in Gujarat on Thursday. He came here in the temple to seek blessings of Lord Shri Krishna. Former BJP MLA Pabubha Manek suddenly reached the place, where Morari Bapu was talking to the media in the temple premises, and started charging towards Morari Bapu.

While the incident took place in front of media and was captured by TV cameras, Manek claimed later that he had no intention to attack the spiritual leader.

Jamnagar MP Poonam Madam, who was sitting next to Bapu, and another person intervened quickly and took Manek away before he could get near the preacher.

Pabubha Manek, who attacked Morari Bapu, is a former MLA from Dwarka. He has won assembly elections 7 times since 1990. Two days ago, the Supreme Court has disqualified him in the case of giving wrong information in the election documents.