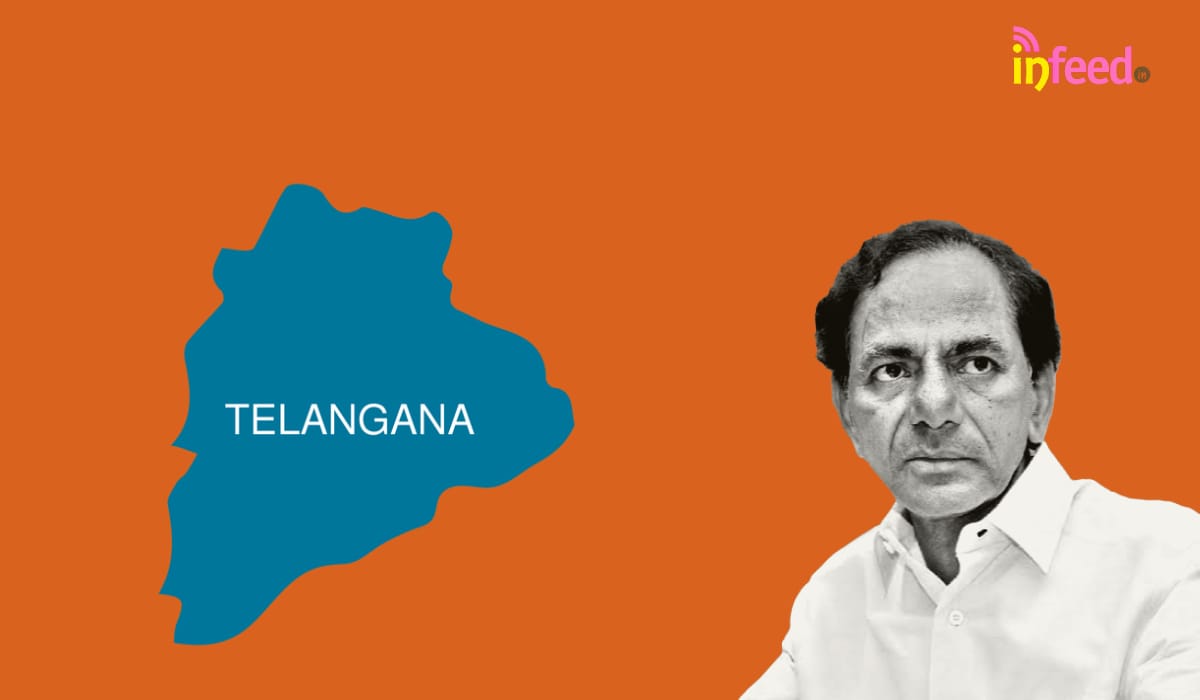 As the COVID-19 pandemic continues to worsen in India, one of the states that has been the worst hit is Telangana. While bulk of the country has borne the brunt of the pandemic, Hyderabad and rest of Telangana have witnessed a huge spike in cases. While it is not just the mismanagement of COVID-19 there are a host of other issues which the state government has failed as well that I will come to later.

First, could the situation have been better managed in the state? Definitely, yes!!! From fudging data to inadequate testing to flooding of the Osmania Hospital the apathy of the TRS government was written all over it. The High Court also pulled up the state government for lack of testing and disobeying court orders. The court also lashed out at the state govt. for keeping citizens in the dark.

Also a frequent delay in releasing updated health bulletins and a manipulative media backing the KCR regime has helped the govt. cover up its incompetence and inefficiency. The govt. has also been lax when it comes to screening of people entering the state.

A lot of things started unravelling for the government after the main opposition party in the state the Congress party led by Uttam Kumar Reddy pressurised the government to come clean on the testing and authenticity of data. The Congress leader also visited Osmania hospital after the flooding and put out a list of concerns that the government needs to immediately address during the pandemic as well as what needs to be done to improve public healthcare in the state. A section of the media has also now woken up and begun questioning the KCR government albeit a small minority among the profession today.

The KCR government’s inability to handle the crisis has opened a can of worms exposing the inadequacies and the dismal state of governance in public healthcare and other areas as well.

The KCR model that was hailed by supporters and the media as a successful model following his re-election in 2018 has now begun to crumble. From the beginning the KCR government has clamped down on free speech, activists, banned peaceful protests (ironic considering that KCR rose to fame with a mass agitation for statehood of Telangana), arresting dissenters of any kind.

The TRS government inherited a budget surplus following the formation of the state in 2014. The fiscal mismanagement that followed in the last six years has raised serious concerns on the direction in which the state is heading towards. Excessive spending on luxuries and misplaced priorities like demolishing the old secretariat and building a new grand one at the time of crisis has earned severe criticism. Rising unemployment of youth who were optimistic following the state formation have expressed their anger at what they call betrayal by the leader.

Welfare schemes like Rythu Bandhu for the farmers were hailed as the model to follow by many states have fallen flat following the financial crisis in the state. Several reports of farmers alleging that they were asked to forgo Rythu Bandhu due to depleted resources at the government’s disposal came in for severe criticism. Though the government tried to reassure people that they will not compromise on welfare schemes the ground realities are in stark contrast to the tall claims.

Tribal groups that have been neglected by the KCR government are now beginning to face the brunt with the government recently coercing 80 Koya tribal families to be evicted from their land displacing them. The inhumane treatment of tribals has led to severe criticism of KCR government’s handling of the issue.

Telangana is facing multiple crises at the moment and the government’s lack of competence and expertise has led to plenty of concerns on the future of the state that now looks bleak. Unless KCR regime can make a drastic turnaround, the Telangana model will come across as no different from the once hyped Gujarat model that has fallen flat too. Time for India and KCR to wake up to the plight of the state!