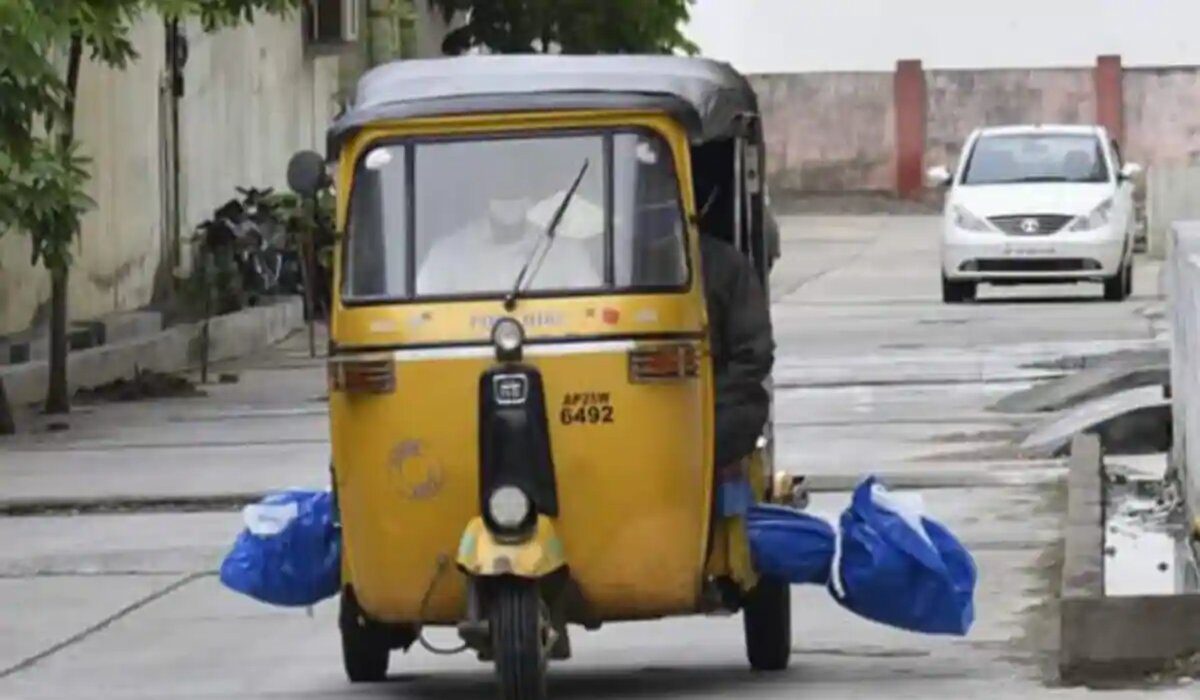 Nizamabad| Body of a corona positive patient from Nizamabad government hospital to a burial was taken in an auto-rickshaw without any supervision from the hospital.

The body was handed over to a relative without any ambulance or handler for final rights.

When contacted, Hospital Superintendent Dr. Nageshwar Rao said that a relative of the deceased works in the hospital and the body was handed over to him on his request.

It is worthy to note that this is against the protocol, which clearly restricts handing over the body to the family members and the government has laid down a set of rules to be followed for the final rites of a deceased.

Telangana has already been news for the lower testing and increasing number of cases. So far 32,224 have been tested positive in the state. In such a situation, such news bring more panic to the people.