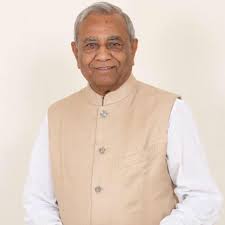 While the country is under the nation wide home quarantine after the call of PM Narendra Modi, people are not following it in his home state only. The new incident took place in Surat, where around four thousand people have gathered on the call of the APMC Market Chairman Raman Jani. The people did not follow the instructions of social distancing. After the incident, 10 new positive cases of corona virus have emerged in the city. The people are now questioning, that who shall be held responsible for such negligence and what was the administration doing at the time.

As per the reports, the chairman had called people to collect the “passes”, but when the crowd got uncontrolled, he asked the police personnel to lathicharge. Out of the mob, 10 people have been tested positive and one 65 year old female died in the incident.

Earlier on March 27 as well, the negligence of social distancing was reported in the same market. People stood there in large crowds, touching shoulders to each other and neglected the warnings given by the government for maintaining social distancing.

Now, with this incident, people are putting up question marks on the working of Surat administration.