Our Financial Army and its Pitiful Plight in Corona Times

Our Financial Army and its Pitiful Plight in Corona Times 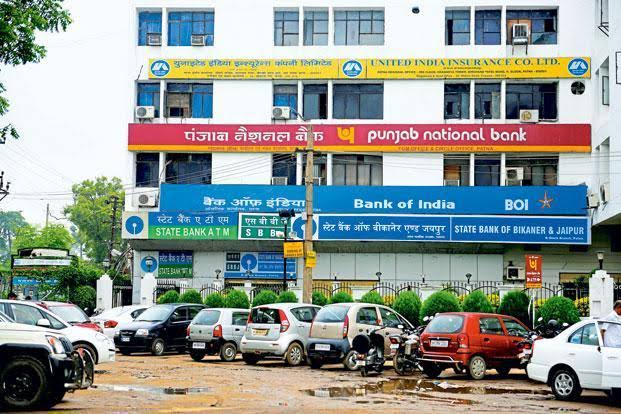 Not long ago, we must have witnessed the finance minister in a leaked video or voice clip, admonish the heads of all nationalised banks and label PSB community as “heartless”. A strong, merciless comment made by the lady in charge of the financial fate of our country urged me to investigate the truth behind the accusation.  What could possibly be their faults to be called out in such harsh and curt manner?

Being a part of the community for the past five years I have never been anything but proud of the selfless service we render and this careless comment, like many of us, shook me to the core. All the more so because, one must have never, ever, heard of any head of a private bank being addressed in the same tone and manner, neither would one be able to cite examples of them going deep into the remotest of villages in the country serving the poor like we do. Yes bank might have gone bust with its questionable policies, but again it was a public sector lender that had to be called in to save its skin. It is also worth noting that till date, how neither our erudite and articulate finance ministry, nor any other minister has tactfully refrained from commenting on mishaps piled over economy by the private players. The much talked about game changing scheme for the poor launched way back in 2014, named as Pradhan Mantri Jan Dhan Yojana promised the poorest access to banking system, but lot many people (including the not so poor) had opened accounts under it then. All these accounts were mostly with the PSBs (because it is these bank that operate in the remotest parts of our country) in the hope of the “promised” 15 lakhs that would make way into common man’s account by bringing back the black money swindled abroad. Private sector banks didn’t open many accounts anyways since it wasn’t an economically feasible proposition for them nor was this a motivation enough for them to reach out to the poor in rural India. The PSBs did it despite suffering from myriad issues including limited man power and other technical difficulties. It was these “heartless” scapegoats who mostly engaged day and night, (literally not figuratively) in this overwhelming unproductive work because it was floated by the government and of course because they believe in putting people before profit.

But alas! even after they toiled for a ruthless number of hours and did not count costs in terms of profitability today all their service is unaccounted and is locked away in files of fancy computers of ministers who lack insight into the ground realities of this nation.

When demonetisation was suddenly thrust on the clueless citizens, it was the PSBs and their workforce that had to yet again, bear the brunt of an ill timed, illogical move which would go down in the history as unfortunate and ruthless as the emergency. In this case too, hours, months and years of work was carelessly brushed aside to gather dust under the wheel of time. If only bankers were good in photo ops and videography may be they could show-off their plight to their countrymen. But again, who likes looking at tired exhausted faces working without a winks rest for twelve hours a day in the age of IPL, mini-series and slam poetry? Bankers have borne so much in the past few years thanks to the reckless moves of the political dispensation in power. Yet, no one seems to even acknowledge this for a fact that these poor souls exist, they have families too and most importantly, they have been tirelessly working for so many extra unpaid hours and labour in the best interest of the nation and the poorest of the poor.

An industry that can boast of a workforce that runs almost a tad above a million, represented by myriad unions, today, finds itself sadly abandoned and their own welfare forgotten. It is heart-breaking to see people, especially, the Minister of Finance, not take responsibility for the fiscal mess created by her, her colleagues, minions and smartly shoving all blame on the hardworking bankers of the public sector. More shameful is the lack of acknowledgement, blatant lies and ungrateful attitude towards these dedicated and sincere employees and the life risks they take everyday when a pandemic has erupted in our country.

Like always, the banking community, more particularly the bankers working in the public sector are not shying away from their responsibility, but like always, the government is neglecting these poor overworked bodies and overstressed minds. The minimum they are asking in this hour of crisis is proper protective gears and minimum sanitary conditions that would save them from infection when a deluge of crowd yet again will throng the branches in the wake of another sudden populist scheme aimed at providing relief to the poorest of the poor.

The scenes at most of the semi urban and rural branches already show a scary picture of the level of awareness and ill preparedness of the administration in fighting the spread of Covid-19. Perhaps, the government believes in some divine intervention that shall protect the bankers and their customers from the virus and its spread in case of abovementioned events which are most likely to occur across the country. On one hand, while all the offices including that of the government across our country have been closed down to stop the spread of the virus, it is ironical that, on the other, the government itself has come up with a mind boggling scheme to help the poor, by helping them spread the virus through bank branches. Is it all right to ignore the observations of the WHO which says that currency notes are the biggest carriers of the virus? Wouldn’t this be an open invitation by the government to create superspreaders? Why can’t the government come up with some measure to ensure that proper monetary help reaches the distressed in a safe and effective manner before introducing a populist scheme? Or are all safety measures only meant for the rich and privileged?

Another mind boggling and equally appalling fact is the lackadaisical attitude of the government and the managements of these institutions toward the very basic amenities like transportation. How are the employees supposed to get to work amidst complete lock down safely and on time? Why can’t people in power ever think realistically? Not everyone can afford to have their own private transport nor necessarily all have driving skills or afford a driver? No one is concerned as to how these workers are going to reach their branches when no mode of public transportation is available. Yet again, circular after circular are issued that no bank branches shall be closed and in case any branch manager along with his/her staff are unable to reach their offices, they are being pulled up by their authorities, reprimanded and punished!

As if these toils and ‘agnipareekshas’ were not enough to traumatise the lives of sincere overworked employees, there are many more instances of harassment that they are facing everyday. A branch manager of a particular branch of SBI was sent a showcause notice by the district authority for not maintaining social distancing with the customers, lining up at the branch counter in the expectation of getting the money promised under the recently launched Pradhan Mantri Gareeb Kalyan Yojana. Now apart from doing their assigned tasks, un-manageable chores are thrust on them out of the blue because of bad planning. These poor souls should also run local administration and manage crowds now?

Recently, there was also a distressing report of a young officer of Bank of Baroda losing his life to Coronavirus, who was infected in his line of duty. And for what?  For a paltry sum of Rs.500? Is the life of a bank employee cheaper than this sum? Is Rs.500 good enough to feed a family for a month considering the prices of commodities in today’s times? Even if it is, what about the life of the officer who died and more importantly what about his family. Who will give his family the benefit of a lump sum insurance cover for sacrificing his life on the line of duty at the wake of this pandemic?

What about countless others who are soon going to be infected and will pass on the infections to their families, risking community spread, defeating the reasons for this lock down? Dear reader do you see any rationale behind this? What is the administration doing when it was quiet evident from the start that the virus was very soon going to spread in our country, where were these financial experts then, when, they should have pre-empted this situation and planned accordingly?

The management of these banks have been under tremendous pressure to open all branches and function normally. This is evident from the number of circulars that were issued by the state level bankers committees and the IBA from 23rd March onwards. It is noteworthy how these bodies “heartlessly” back tracked from their own initial instructions of rationalising their manpower and alternating them to avoid gatherings. The initial advisory was to follow the cluster approach in urban areas and open rural branches on alternate days. Office working timings were also stipulated initially from 10 A.M to 2 P. M. However, just like the times of demonetisation, this time as well contradicting circulars were issued backtracking from previous suggestions.

Recently, the banks were asked to open branches daily for the regular baking hours and also to conduct their full array of services. This means that no one is clear about the way forward but one thing for sure will happen because of these ill thought dictates that are: putting the lives of hapless bankers and their families at unimaginable risks.

Are their lives so insignificant?  Or has our dispensation seriously started believing that instead of working on the financial systems if banks are open then Lakshmiji will enter seeing the open doors? If so, let me assure you ‘baikhata’ wrapped in red cloth has not delivered our economy from its worst falls nor will open doors save us. Instead it will open doors to more miseries and close doors of many sincere employees lives.

The saddest truth of our times is that our ‘financial army’ is left on its own to fight the most dangerous, invisible enemy, Covid-19 bare handed and all alone. The unsaid truth is they will be left to die an unacknowledged death, with no promise to look after their families after them and be labelled as “heartless” when all is done and over.