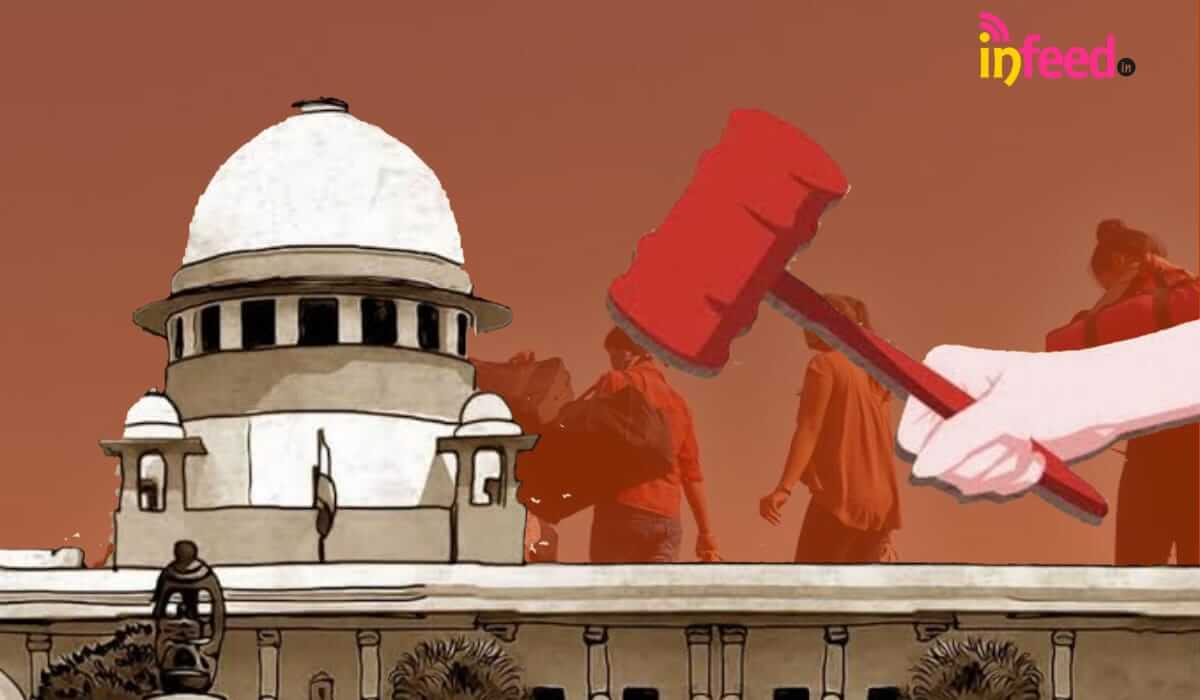 Taking cognizance of the plight of migrant laborers during lockdown, the Supreme Court on Tuesday decided to examine the case. The apex court issued notice to the central government, all states and union territories, seeking information about the steps and efforts taken for migrant laborers. The court will next hear the case on Thursday.

A bench of Justices Ashok Bhushan, Justice Sanjay Kishan Kaul and Justice MR Shah said that migrant laborers still sit on roads, highways, railway stations and state borders. Adequate transport arrangements have not been made for them nor is there any proper accommodation and accommodation for them.

The bench said, “It is being told in the media report that the workers are still walking on the roads by foot, bicycle or other means of transport. In the event of lockdown, this section of society needs the most help. The Center and the state and The Union Territories should do all possible help to these laborers in these adverse conditions. The central government and the state governments should make arrangements for the migrant laborers free of cost.

The apex court has said that we believe that effective efforts are necessary to deal with this situation. In such a situation, the Center, all states and union territories have been issued notices and have been asked to file replies. The bench has decided to hear the case on Thursday itself, saying it is important. In addition, Solicitor General Tushar Mehta has been asked to assist in the matter.