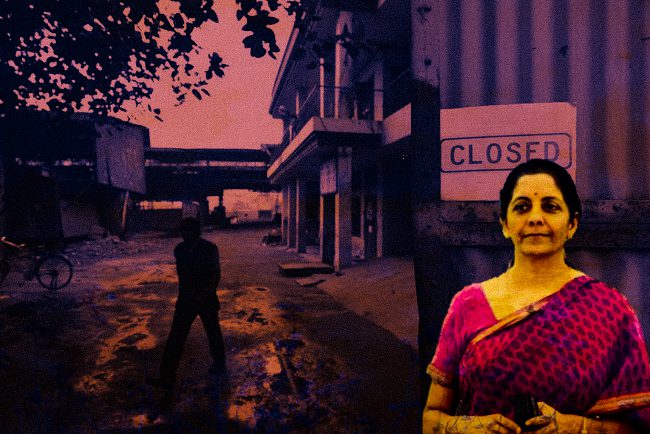 Summary
I No Assistance, No New Government Projects
II Fire sale of PSUs when valuations are down
III Happy Rating Agencies
IV Significant remodelling of the Farm Sector
V Author

There is a hint of Darwinism in Modi government’s special stimulus package. Survival of the fittest seems to be the mantra rather than self-reliance.
Aatmanirbhar Bharat is more of a policy to reduce government’s role in the economy and let people & businesses take care of their affairs on their own, without expecting much assistance from the government.

Structural reforms will be good for the economy. But only when people & businesses have the confidence to venture into new projects, take new risks.

Without any assistance NOW, few businesses will survive to take advantage of the measures announced by the government.
Only the strongest businesses, those with the fattest balance sheet will survive this crisis and the government is creating appropriate conditions for those that survive.

No Assistance, No New Government Projects

One definitive feature of this stimulus package has been the lack of announcement of any large-scale government projects. Infrastructure projects like building a SMART city or upgrading irrigation infrastructure of drought-prone areas. Such projects would have generated jobs for multiple sectors. Plus, would have helped India become future-ready.

Almost entirety of the package has been about fresh loans. However, instead of bringing the companies back on their feet; such loan grants may only delay the inevitable.

Government will guarantee the ₹ 3,00,000 crore loans sanctioned for MSMEs. Along with the IBC and other legal reforms the crisis hit businesses are being provided an exit route.

There will be more loans. Loans will assist businesses for now. It will pay the wages. it will pay the bills. But there shall be no great push to up the demand. Businesses have to figure out themselves how to survive in a low demand environment. If they can’t, they can exit. Bigger players are there to occupy that space.

Bank’s benefit from the collateral-free loans will be that they will be able to reduce their share of non-performing assets. No fresh wealth creation can be expected when debt repayment will be the primary concern.

sale of PSUs when valuations are down

The government couldn’t have chosen the worst possible time to sell the nation’s assets. In a deflationary environment, when every asset is losing its value; sale of PSUs looks more like emergency disinvestment to access much-needed cash by a broke government.

The government may outrun others in selling of assets.

Modi government has been trying to sell Air India since last year. This sale is yet to succeed due to lack of buyers. In this deflationary environment few buyers will show interest. Unless, the investment is cheap.
If the Modi government was so serious about privatizing PSUs, it should have done it in the first six years of its rule, when the condition was much better.

Although, the move to let in more private players in all sectors is welcome. But right now the problem is not really the PSUs or lack of liquidity. Companies, small and large, need cold hard cash to survive. Not for expansion but for survival. Revenue has collapsed. As such if the staff has to be paid; if the owners have to be solvent, then immediate cash assistance is the only option.

Keeping rating agencies happy seems to be one aim of this package. The agencies have always cautioned the government that India does not have the luxury to expand the fiscal deficit like the developed economies due to low per capita income.

Although, there are some direct spending plans like additional MGNREGS allocation of ₹ 40,000 crore and free food grains for migrant workers. They are minor portions of the over all package. So, India may just avoid a rating downgrade for now.

British brokerage firm Barclays Research predicts actual balance sheet loss for the government to be just around ₹ 1,50,000 crore this fiscal year. This is 0.75% of the GDP and not 10% as originally claimed. Thus, India’s fiscal deficit may also come down drastically from the initial expectations.

Though states will have more borrowing power. Centre increased the limit from 3% to 5%. But Centre’s balance sheet will not show this debt.

Significant remodelling of the Farm Sector

“The Centre will deregulate six types of agricultural produce, including cereals, edible oils, oilseeds, pulses. onions and potatoes, by amending the Essential Commodities Act, 1955”, Ms Sitharaman said.
Thus, no stock limit will be imposed on these commodities except in case of national calamity or famine or an extraordinary surge in prices, the Minister said.

The Centre also proposed to create a barrier-free inter-state trade and e-trading of farm produce. Plans to bring in a legal framework to oversee contract farming was another reform announced. This would enable farmers to enter into contracts with buyers with assured sales price and quantities. Farmers get money even before sowing a seed.

However, CPI(M)-affiliated All India Kisan Sabha, expressed concern that in the name of promoting free trade, the government is leaving the peasantry at the mercy of large corporations.

Apart from the above-mentioned measures, steps have been taken to provide liquidity to NBFCs and debt instruments. There are plans to boost affordable housing scheme, privatize mining, power, defence and the space industry.
Legal reforms like decriminalizing Companies Act, listing norms and IBC reforms to provide some more breathing space to the crisis-hit companies.

By and large, this was one mega-budget rather than a stimulus package. With plans to leave all sectors open for the private players and allow more foreign investment.

By letting domestic companies access foreign capital. The government is giving an important statement that India is open for business. That, the government will give the necessary freedom to businesses. It will play limited role in a market economy.
The government is not looking for an immediate solution. In the immediate future, most have to look after themselves along with an increased debt burden.