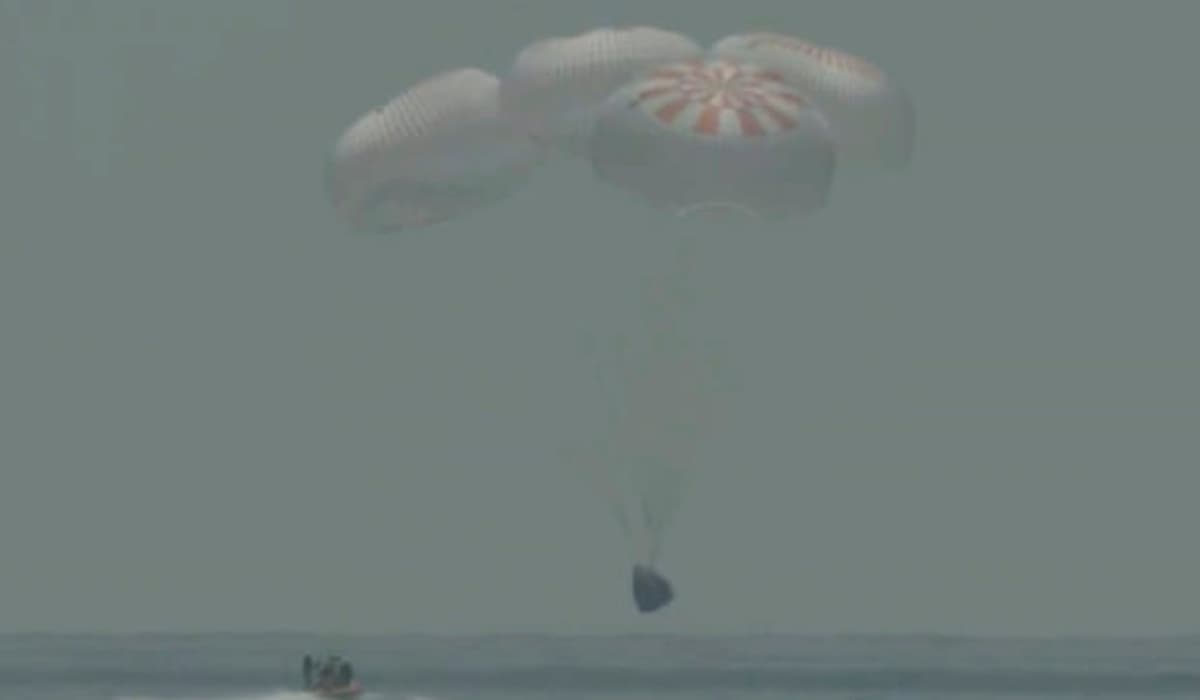 SpaceX’s Dragon Crew capsule successfully returned to Earth at 2:48 pm local time on Sunday. The capsule left Earth from the International Space Station at 7:54 pm Saturday. According to the report, the capsule made a successful landing at sea a few km from the Florida coast.

After this, SpaceX and NASA team reached the spot and took the capsule out of the sea. With this, two NASA astronauts who went into space have returned to Earth. Astronauts Bob Behnken (49) and Douglas Hurley (53) are reported to be healthy. Both were ejected from the capsule more than an hour after landing on Earth. For the first time in 45 years, the US landed astronauts directly in sea.

They continued their mission despite the threat of Cyclone Isias in Florida’s coastal areas. One, not two, seven different locations were chosen to land the vehicle, but it was more likely to land on the Gulf of Mexico.

This was the first time after 2011, when US sent a manned mission to space.. NASA left the mission on May 30 from Kennedy Space Center. The astronauts were present at the International Space Station since May 31. During this time, apart from walking in space, he has also done many experiments. NASA was giving live coverage of this entire process of bringing astronauts back to Earth.