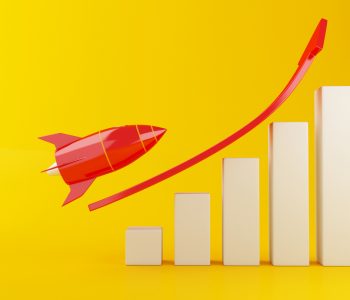 Since FY19, India’s GDP growth rate is plummeting, from 8.18% in Q4 FY18 to 3.09% in Q4 FY20 (slowest growth in 2011-12 series). The two primary factors behind this sharp decline in growth rate and slump in consumption are attributed towards Demonetisation and the hasty implementation of a flawed GST. The 2016 Indian Banknote Demonetisation and GST enactment in 2017 led to severe back to back disruptions in the economy. That followed by series of corporate defaults and numerous banking crises such as the Infrastructure Leasing Financial & Services crisis which led to trust deficit and liquidity crisis in the system. However, our stock markets looks increasingly divorced from this economic reality.

As mentioned, our GDP growth rate topped out in Q4 of FY18, but our headline stock market index – Nifty climbed from 10700 levels to 12400 levels in Jan 2020 before crashing down till 7500 levels in March 2020 due to Covid19 outbreak. Even if we consider the period from the start of the Covid19 lockdown till today, our stock markets have given more than 50% return from recent lows when our economy is on the brink of the worst economic collapse since 2008 Great Financial Crisis. The number of salaried people who have lost their jobs amid the Covid-19 pandemic has now surged to 18.9 million, and about 5 million jobs were lost in July alone while salaries were cut for many others. There is no turnaround in sight.

NIFTY50 is India’s premier benchmark index. This is the broader index of top 50 companies via which most investors tap into India’s economic growth story. Despite muted trends in underlying economy our stock markets keep climbing. Even if we account the pandemic impact due to which we saw a few weeks of wild swings, the market is down a mere 8 percent from its peak. For past few years, the stock market has been growing increasingly detached from the mainstream Indian Economy.

Why is this happening & is there any adverse implications of this divergent trend on society?

Going by the current divergent trend, our stock markets certainly don’t reflect the economic situation by any standards. One key reason behind this divergence is excessive liquidity infusion by Central Bankers in the global markets including monetary easing done by RBI in India. Most of this global stimulus money has made its way into stock markets for easy and quick returns instead of materialising as real investments in the economy. Though, looking at the Nifty or Sensex may give you “All is well” feeling but it is actually paving building blocks for the future pain. The long-term implications of this fund flow trend from real economy to speculative financial instruments may prove to be a quite grave turn of events for societal development. While investors chasing Speculative assets like stocks and bonds for higher returns instead of investing in real capital assets like factories & businesses, this will give serious boost to economic curses like poverty and inequality. This trend reduces avenues of employment as more capital is diverted to unproductive riskier investments.