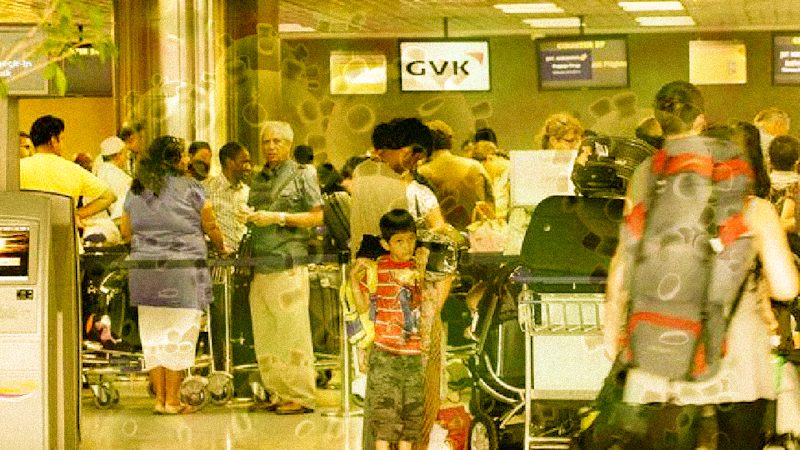 An RTI reply has revealed only 19% of inbound passengers were screened for the virus between 15 January and 23 March.
On 11 May, activist Sandeep Gokhale received a letter from the Directorate General of Health Services exposing this astounding fact.

The letter also divulged that until February, only passengers arriving from China and Hong Kong were screened. Most European countries were left exempted from the screening list until 4 March.
By then global infections had crossed the 93000 .

India shut all air travel on 23 March and imposed a nationwide lockdown on 25 March.

Health experts dread that with such vast numbers of passengers going unscreened, the virus may have spread to large parts of India. This may also explain why even after a 50-day lockdown, the rate of infection is not slowing in India.

Many journalists have approached the Ministry of Civil Aviation regarding the report but have received no response till now.

After the initial surge in China, Europe became the global hotspot of COVID-19. Till 23 March, when India finally closed all air travel, Europe had more than 200,000 coronavirus positive cases.

The response in the RTI reply also brought to light another fact. Only Italian passengers were included in the screening list on February 26. No in

Initially, inbound passengers of Mumbai, Delhi and Kolkata airports were screened. Four days later, screening was expanded to Chennai, Hyderabad, Bengaluru and Kochi.
By 12 February, screening had been expanded to 21 airports. But only passengers of China, Thailand, Singapore, South Korea and Japan were being screened.

Only when the global infections crossed more than 1 lakh count and spread across 76 nations, universal screening of passengers began.