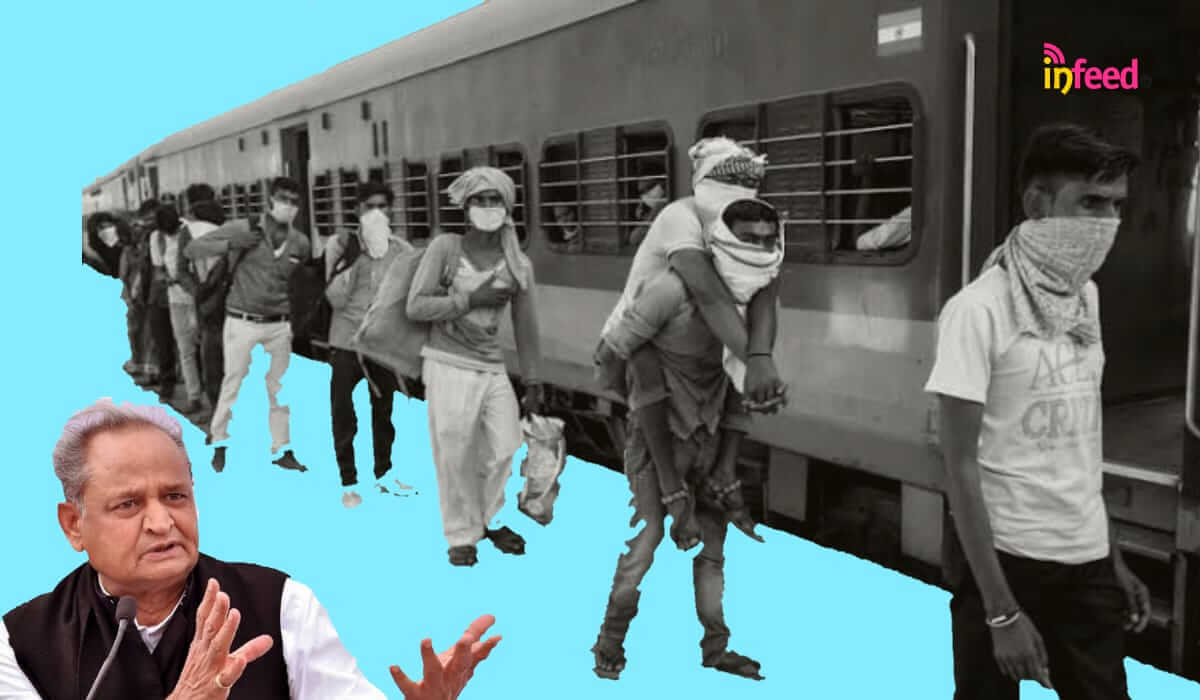 Since the time of implementation of Shramik Special Trains, the troubles for railways are not ending. From the controversy over the tickets of migrants to the delay in trains and the trains getting diverted from their route has caused a lot of criticism for the railways and the railway minister.

In a fresh course of attack, the Rajasthan Chief Minister Ashok Gehlot has attacked the railway minister over the failure of railways to run the Shramik Special Trains properly.

In a tweet, he has expressed that the railway minister has failed completely under such critical circumstances and he should be made a minister without a portfolio. Expressing his anguish over deaths of 80 migrants in the special trains, the Rajasthan CM further added that he has never seen railways failing to such an extent ever before.

The delay of Shramik special trains have become a greater cause of concern for the Railways. A day ago, many memes were viral on social media for the trains loosing their routes.