Shivraj’s first decision after swearing in

Shivraj’s first decision after swearing in 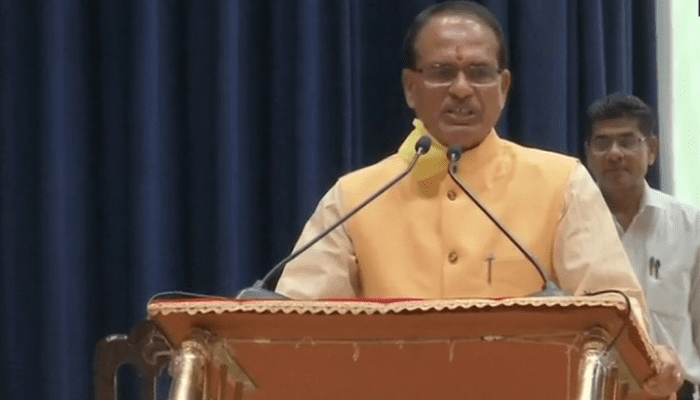 Bhopal| Shivraj Singh Chouhan, who became the Chief Minister for the fourth time in Madhya Pradesh, took the first major decision after taking oath due to the threat of Coronavirus. They have decided to impose curfew in Madhya Pradesh capital Bhopal and Jabalpur from Tuesday. Shivraj Singh Chauhan said, “I am sitting in Ballabh Bhavan late night seeking public support that you guys come with the administration to maintain the corona virus and maintain social distancing.” He said, “With this, the lock down which has been done in both the districts of Bhopal and Jabalpur will not take any kind of damage, it should be strictly implemented.”

Shivraj Singh Chauhan further said, “The administration will leave no stone unturned to deliver whatever is needed to the needy people”. Notably,  after the Bharatiya Janata Party’s Madhya Pradesh Legislature Party leader was elected, former Chief Minister Shivraj Singh Chauhan administered the oath of office and secrecy at the Raj Bhavan in a ceremony held by Governor Lalji Tandon on Monday night.

Chauhan has sworn in as Chief Minister for the fourth time. Governor Lalji Tandon administered the oath to Chauhan at a function organized in presence of a limited number of people at the Raj Bhavan.

After taking oath, Chauhan has called upon the people to come forward to prevent the corona virus, referring to the success of the Janata curfew. Outgoing Chief Minister Kamal Nath was also present at the swearing-in ceremony. After BJP MLA Chauhan was elected its leader, he reached Raj Bhavan by riding in a bus.Keeping in mind the danger of corona virus, BJP had placed the MLAs at a distance of more than one meter from each other in the BJP meeting.

Chauhan has been the chief minister of the state thrice before. He became the Chief Minister of Madhya Pradesh for the first time on 29 November 2005, after this he became the Chief Minister for the second time on 12 December 2008, then was sworn in for the third time on 8 December 2013. At the meeting of the party MLAs here at the BJP state headquarters, State President Vishnudutt Sharma invited the MLAs to select the leader of the party. On which former leader of opposition Gopal Bhargava proposed Chauhan’s name as the leader of the legislative party, which was supported by all the MLAs.