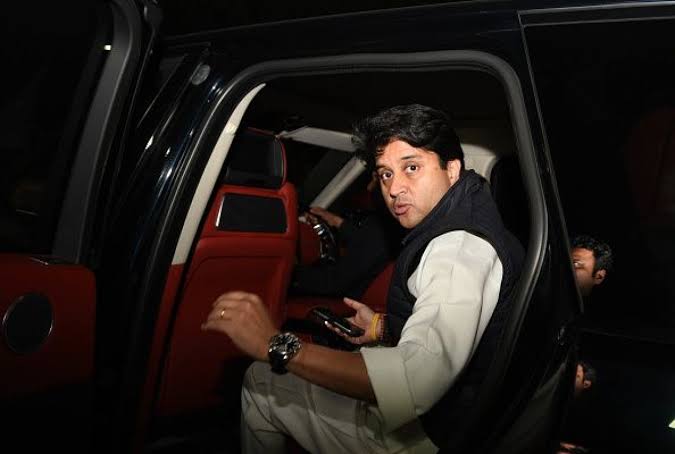 Was the Royal Family’s dispute for land, responsible for Scindia switching the sides? Problems have started emerging for Jyotiraditya Scindia, since the time he has left Congress and joined BJP. After the reports emerging about his involvement in Yes Bank scam and land scams worth crores, a new problem has emerged for the young leader.

This time, the problem is more of the royal family rather than being political. The battle of erstwhile princely state of Gwalior, going on between the royal family members has taken a fresh turn. This battle has been going on for a long time, since 1984, between Late Madhavrao Scindia and his sisters about the ancestral property belonging to Maharaj Jivajirao Scindia. The properties were initially divided equally between his widow Vijayaraje and his only son Madhavrao, after she filed a suit in the Bombay HC, way back in 1984.

Both the mother and the son had 50 per cent shares in a large number of immovable properties, spread across India.

According to Jyotiraditya, his four aunts had initially agreed to the shares and had accepted huge number of movable assets, including costly jewellery. He claimed that his aunts in 1985, had affirmed on an affidavit that they do not have any share in the properties.

But former Rajasthan Chief Minister and BJP National VP Vasundhara Raje, along with her sisters Usha Raje, Yashodha Raje and Padma Raje, filed a freshly written statement before a trial court claiming their individual shares in the properties.

While claiming this as illegal, Jyotiraditya claimed that his aunts have changed their stance in the court and this is an abuse of the proceedings of the court.

The court has accordingly, held that the alleged inconsistency in the affidavit filed in 1985 and the statement filed in 2017, could be considered at the stage of trial.

So, was this switching of sides meant to settle down the ongoing dispute over the ancestral property worth hundreds of crores?