Schools to be Opened Only Under Safety Guidelines

Schools to be Opened Only Under Safety Guidelines 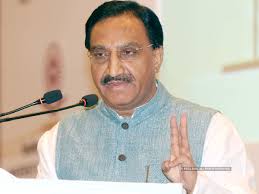 Human Resource Development Minister Ramesh Pokhriyal Nishank said on Tuesday that schools across the country will be opened only under the Safety Guidelines. He said this during a meeting with education ministers of 23 states through video conferencing. He, however, did not say when the schools could be opened.

Nishank said the lockdown included opening of bookstores. Whereas NCERT has made e-content of books available to all states. Now there will be no problem of books. Nishank also said that he urges the state governments to cooperate in the evaluation of the answer book for board examination in their states. During the meeting, education ministers of several states also demanded to reduce the syllabus of JEE Main, NEET and other examinations by 30 percent in view of the lockdown.

Education Minister of Delhi Government Manish Sisodia suggested to the Center in the meeting that due to the lockdown, it is no longer possible to conduct the 10th and 12th board examination. Therefore, on the basis of internal examination, students should be passed on the lines of ninth and 11th standard.

Nishank said that mid-day meals would be given to children even during summer holidays in schools. Ration schools are provided for mid-day miles during lockdown. For this, the government will spend an additional Rs 1600 crore.

Additionally, an ad-hoc grant of Rs 2500 crore has been released for the first quarter under the Mid-Day Meal Scheme. He said that in view of the lockdown, the annual cost for the midday meal has been increased from 7300 crores to 8100 crores.