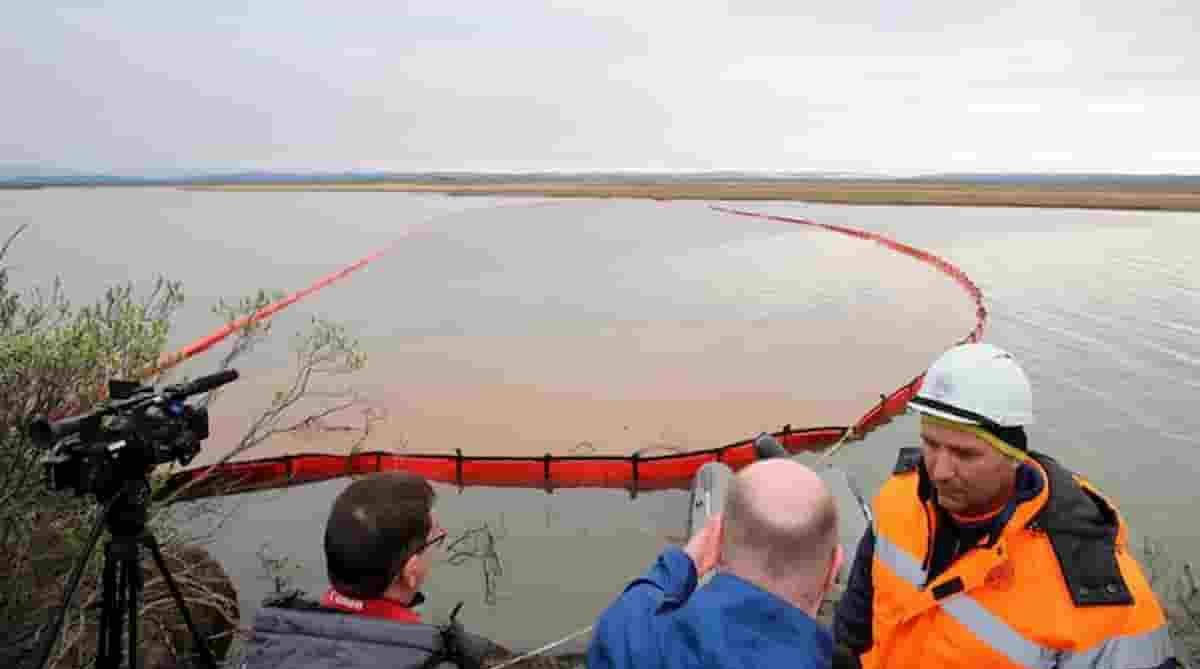 Russia imposes Emergency in Siberia after some 20,000 tons of oil from a power plant, fouling waterways in the process.

The incident took place on the outskirts of the city of Norilsk, which is almost3,000 kilometers away from Moscow. Physical barriers have been laid out as a result of the discharge into the Ambarnaya River, which feeds into a lake. Water moves from this lake into another river which heads towards the Arctic Ocean.

Putin took a stern view on proceedings as he criticized a subsidiary, NTEK, of metals giant Norilsk Nickel (Nornickel), after officials said the firm did not report the incident.

“Why did government agencies only find out about this two days after the fact? Are we going to learn about emergency situations from social media? Are you quite healthy over there?” Putin lambasted NTEK chief Sergei Lipin.

Nornickel announced in a statement that NTEK made known what had occurred in a “timely and proper” way.

However, Krasnoyarsk region governor Alexander Uss told Putin he only “learned of the real situation” on Sunday after “alarming information appeared on social media.”