Thousand in London Protest Against Death of George Floyd

Thousand in London Protest Against Death of George Floyd 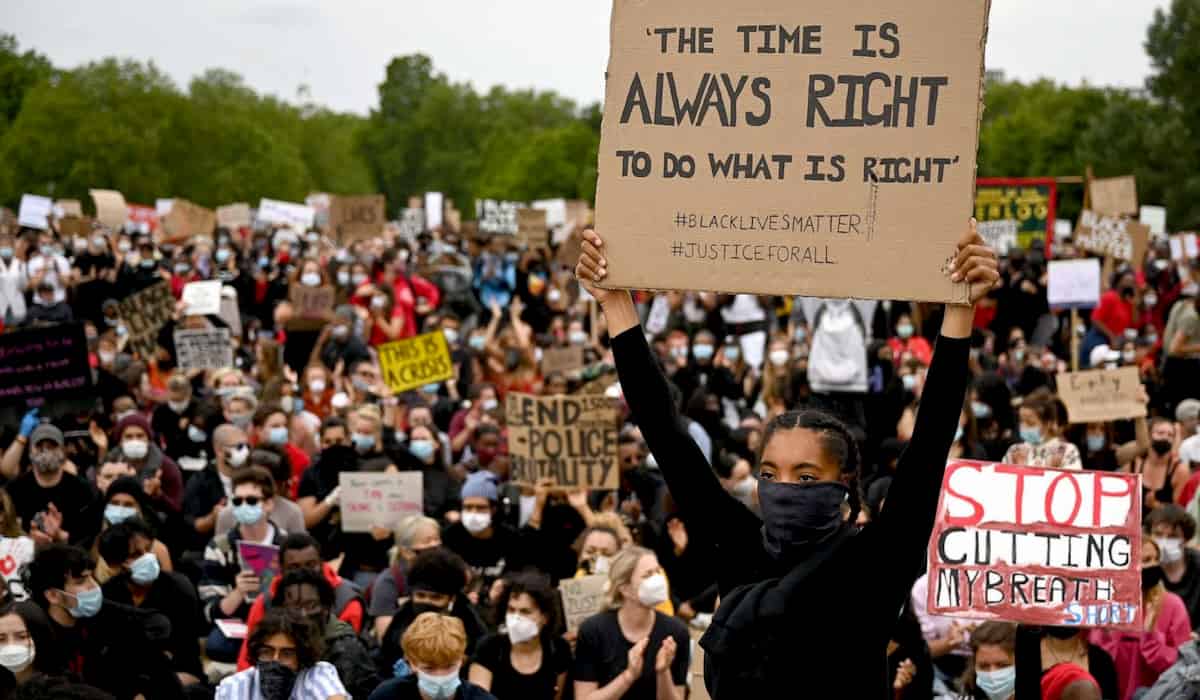 LONDON – Thousands of protesters gathered in central London protesting against the racism after the death of George Floyd chanting “no justice, no peace, no racist police” and “black lives matter”.

Many of the protesters wore face masks and were dressed in red. Some waved banners with slogans such as: “The UK is not innocent: less racist is still racist”, “Racism is a global issue” and “If you aren’t angry you aren’t paying attention”.

“We’ve come here with our friends to sound the alarm, to make noise, to dismantle supremacist systems,” Koromah said, cautioning that unless there was action the United Kingdom would face similar problems to those in the United States.

“I don’t want to start crying,” she said of the images from the United States. “It makes my blood boil.”

Floyd died after a white policeman pinned his neck under a knee for nearly nine minutes in Minneapolis on May 25, reigniting the explosive issue of police brutality against African Americans five months before the November presidential election.

His death has unleashed long simmering rage over perceived racial bias in the U.S. criminal justice system and raised questions about racism across the world.

In the United States, there have been largely peaceful rallies in support of Floyd, though after dark some people have turned to vandalism, arson and looting.

Prime Minister Johnson said on Wednesday that black lives mattered and that he supported the right to protest in a lawful and socially-distanced way.

“Of course, black lives matter and I totally understand the anger, the grief that is felt not just in America but around the world and in our country as well,” he told parliament.

British police chiefs said they were appalled by the way Floyd lost his life and by the violence which followed in U.S. cities but called on potential protesters in the United Kingdom to work with police as coronavirus restrictions remain in place.

But in Hyde Park, near Speakers’ Corner, many cautioned that racism was still a British problem too.

“My mum was a protester in apartheid and that was 30 to 40 years ago – it’s pretty disappointing that we have had to come out today to protest the same thing today they were protesting how many years ago,” Roz Jones, 21, a student from London told Reuters.

Jones came to Britain as a small child with his mother from South Africa.

“It’s a systematic issue all over the world. It’s not like this is just about someone dying, we live our lives made awfully aware of our race. That’s not right, that’s not the natural order,” he said.

The Hyde Park rally is the second major protest in Britain after hundreds gathered in London’s Trafalgar Square on Sunday before marching to the U.S. embassy.