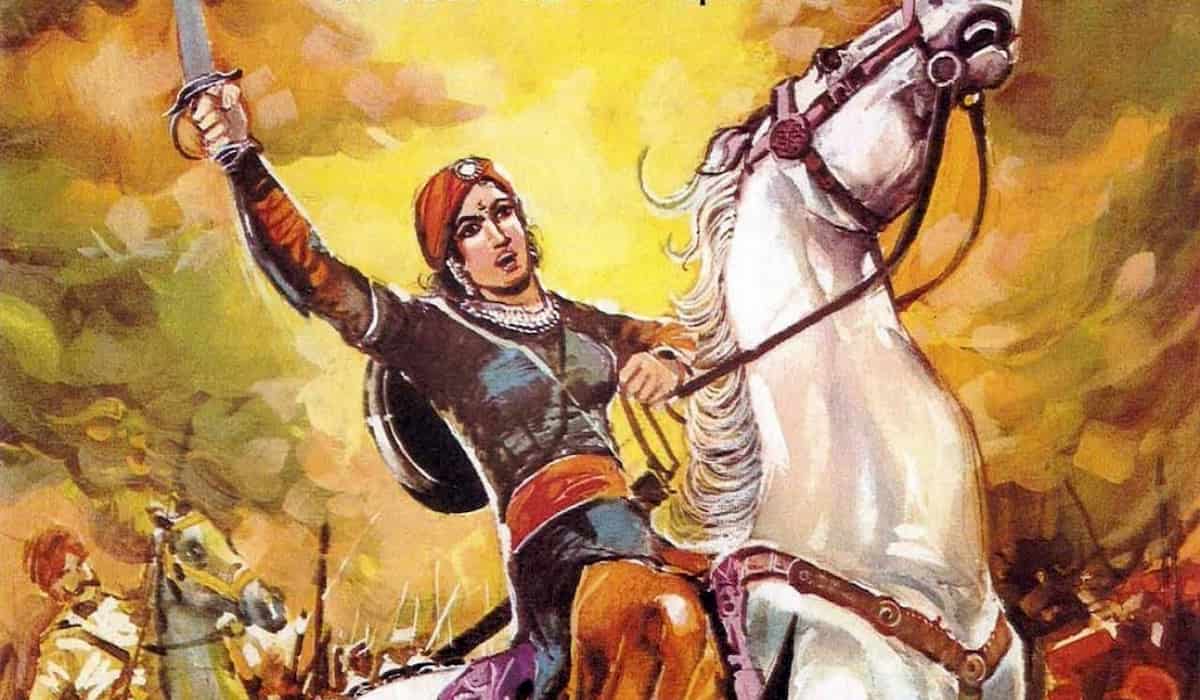 At a time, when the kings of various princely states were kneeling in front of the British rule, the queen of Jhansi, Rani Lakshmi bai fiercely confronted them. Not only this, Manu of Kashi soured the teeth of British Raj with her warfare. Laxmibai was born on 19 November 1835 in a Marathi Karade Brahmin family in Kashi.

In Bhadaini region, Bhagirathi Bai, wife of Moropant Tambe, gave birth to a daughter. The daughter was named Manikarnika. All used to call her Manu with love. Manu was five years old when her mother died. Father Moropant was in the service of Maratha Peshwa Bajirao. As there was no one to take care of Manu in the house, so her father took her to the court of Bajirao, where the fickle Manu charmed everyone.

During her childhood, while learning weapons and scriptures, people started lovingly calling her Chhabili. Teachers used to come to teach Peshwa Bajirao’s children. Manu also started studying with those children. Manu learned to shoot arrows and swords and guns along with Peshwa’s children. She later got married to Gangadhar Rao, the king of Jhansi to become the queen of Jhansi and named Lakshmi bai.

Rani Lakshmibai was the queen of the Maratha-ruled Jhansi state and the heroine of the first Indian independence struggle of 1857. Rani Lakshmi bai fought with the British Empire’s army at the age of just 23 and won in the battlefield, but despite of her win, British did not allow her to occupy Jhansi.