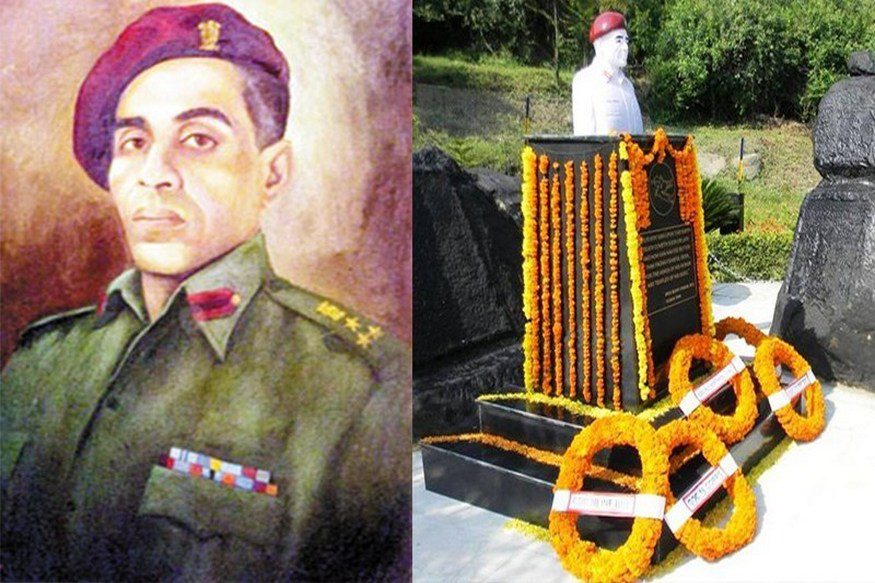 The date for India’s partition had been set. The founder of Pakistan, Mohammad Ali Jinnah, was eyeing every precious treasure of India, and he wanted as much as possible share in all for Pakistan. He wanted to divide everything from undivided India in the insistence of making Pakistan equally powerful as India.

British Indian Army was also being divided between India and Pakistan. The number of Baloch Regiment came in this connection. Most of the officers of the Baloch Regiment were Muslim and they were joining Pakistan, as the country was divided based on religion, so it was also natural.

But British Indian army officer Brigadier Mohammad Usman was against it. Jinnah tried his level best to lue him as he was aware of his ability and valour. Osman had served in Burma during World War II. He was seen as the hero of the undivided Indian army.

Mohammad Ali Jinnah asked him to come to Pakistan on religion basis, but Mohammad Usman rejected his offer. Jinnah gave him another offer, even more, attractive and tempting. Jinnah himself said to Mohammad Usman, ‘Come to Pakistan, I will make you Army Chief.’ Mohammad Usman’s answer to this was, I was born in India and I will take my last breath on this land. Jinnah had got his answer.

Mohammad Usman was born on 15 July 1912 in Azamgarh district of Uttar Pradesh, undivided India. His father Mohammad Farooq Khunambir was a police officer. His mother’s name was Jamilan Bibi. His father wanted his son to go into the civil service, but Mohammad Usman preferred to join the army.

Since his childhood, he was courageous and brave. At the age of 12 jumped into the well to save a child who had fallen into the well. This incident had set the direction of his career.

It was not easy for an ordinary Indian in British India to become an army officer. He applied for the Royal Military Academy Sandhurst. In 1932 he went to England. The examination of this academy was quite challenging, but Mohammad Osman prepared with dedication and passed from Sandhurst on 1 February 1934.

In 1935, he was appointed to the 5th Battalion of the Baloch Regiment. In British India, he went up the stairs of success. On 30 April 1936, he was promoted to the rank of lieutenant. Became Captain in 1941. In 1944, he served in Burma on behalf of the British Army during World War II. On 27 September 1945, his name was mentioned in the London gadget as a caretaker major.

Pakistan sent tribal infiltrators to the princely state of Jammu and Kashmir in 1947. Pakistan wanted Jammu and Kashmir to be captured and merged with Pakistan. Mohammad Usman was the commander of the 50 Para Brigade at that time and he was posted in Jammu and Kashmir and was given the responsibility of protecting Nowshera.

In January-February 1948, when Mohammad Usman was stationed in Nowshera with his soldiers. By that time India was liberated only 5 months ago. There was no preparation for war, military equipment was scattered. There was a scarcity of resources, but Usman had pledged to protect Jammu and Kashmir.

He has defeated the 5000 tribes in Nowshera. They were firing on the Indian Army under the cover of the mosque. The Indian Army was hesitating to retaliate on the tribesmen, being a mosque. During this, Brigadier Mohammed Usman himself came forward and fired the first shot at the tribesmen. With this, Indian soldiers started pouring in.

In his leadership army of India broke down on Pakistan after becoming swamped. Brig. Usman himself was leading the war. But … On the day of 3 July 1948, a cannonball fell near Brigadier Usman and he fell into it. 12 days before his 36th birthday, Brigadier Usman martyred for his motherland but by then India had captured Jhangar.

Brigadier Mohammad Usman set an example of personal courage, exceptional qualities of leadership and devotion to duty in the highest tradition of the Indian Army and was thus, rightfully honoured with the ‘Mahavir Chakra’

The then Prime Minister Jawaharlal Nehru himself attended Brigadier Mohammad Usman’s funeral procession. He was cremated at Jamia Millia in Delhi.