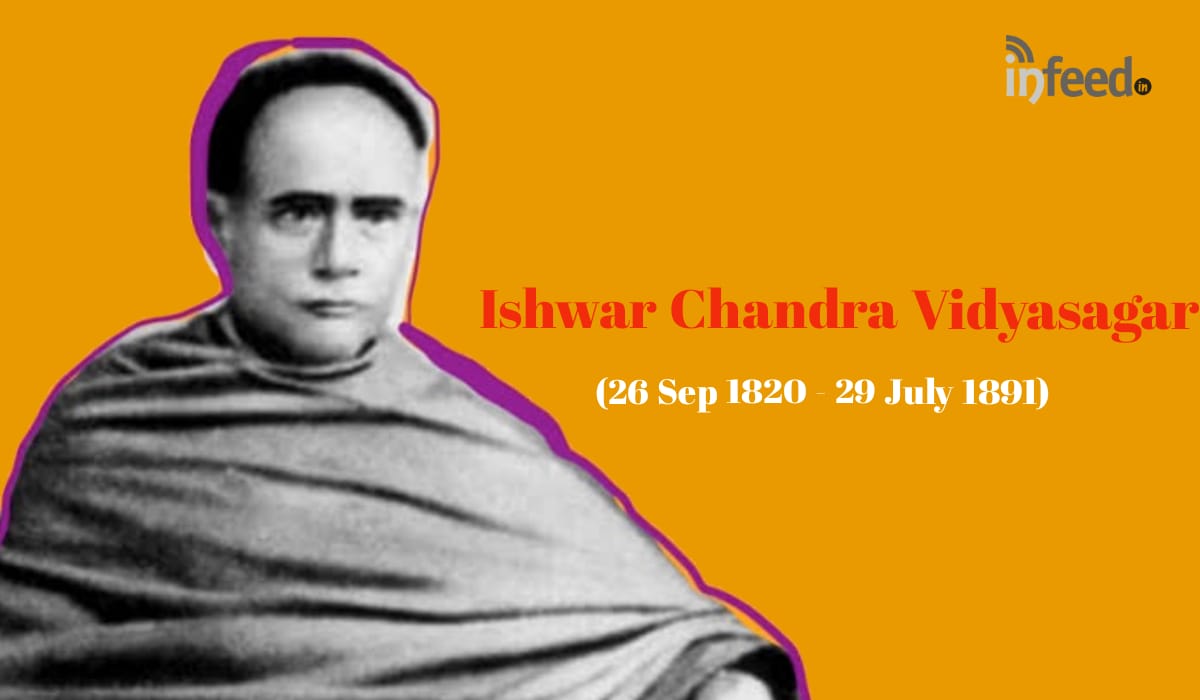 In 1841 at the age of 21,he joined Fort William College as head of the Sanskrit dept. He received the title “Vidyasagar” from Sanskrit College(from where he graduated). He reconstructed the Bengali alphabet and reformed Bengali typography into an alphabet of 12 vowels & 40 consonants.

He also demonstrated that the practice of polygamy is supported by neither Hindu scripture nor law. he practised what he preached and encouraged his son to marry a widow. He was opposed to the caste system, child marriage and polygamy.

He lived the last 18-20yrs of his life among the Santhals. On Dec 7,1856-First Widow Remarriage after the legislation passed took place in Calcutta led by #IshwarChandraVidyasagar & group of Derozians..Pt Srischandra Vidyaratna was groom&9yr old child widow Kalimati Debi was bride:)
Vidyasagar gifted the bride her nuptial sari&ornaments.

Vidyasagar broke the manusmriti norms in society. the best way to show respect to such a great man would be to inculcate rational progressive thought and work towards helping educate every needy person in our society.