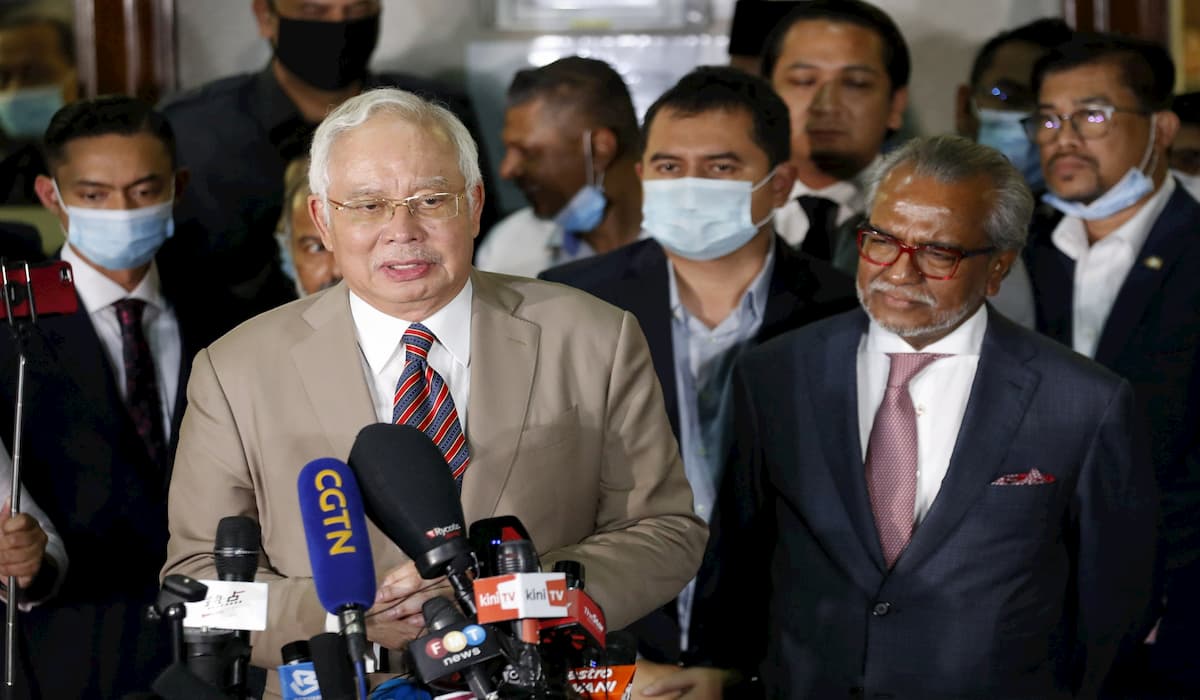 A Malaysian court sentenced former Prime Minister Najib Razzaq to 12 years in prison on Tuesday (July 28) after being convicted of crimes for embezzlement of billions of dollars from a government investment fund. While listening to the judgment, Razzaq was calm and there was no expression on his face. He is the first Malaysian leader to be convicted. He has spoken of challenging this decision. In brief remarks before the sentencing, he said with oath that he had no knowledge of corruption.

Judge Mohammad Najlan Ghazali sentenced Najeeb to 12 years on charges of misuse of power, 10 to 10 years in prison for three charges of Khaitanat in criminal charges and 10-10 years for three charges of money laundering. The judge also imposed a fine of 21 crore ringgit on Najeeb. However, the judge ordered that these sentences will run concurrently i.e. Najeeb will have to serve 12 years in jail.

Razzaq was convicted on Tuesday (July 28) for the crime of embezzling billions of dollars from a Malaysian government investment fund. Najib’s party had to be out of power in 2018 due to public anger over this billions of dollars scam. The decision comes five months after Najib’s Malay party joined as a major ally in the new ruling coalition government. The verdict came in one of the five corruption cases against Najib.

Analysts say the decision will have an impact on Najib’s other lawsuits and also indicate to the business community that Malaysia’s legal system has the power to deal with international financial crimes. Judge Mohammad Najlan Ghazali, after reading his verdict for two hours, said, “I find the accused guilty and convicted on all seven charges.” Najib’s lawyers requested him to be given a lighter sentence.

Prosecutors said the case tarnished the country’s image. Prosecutors demanded a penalty that reminded those in high positions that “no one is above the law.” Najib requested the court to take note of his achievements during his nine-year tenure.

He said that he had no idea about the 4.2 crore ringgit that came to his bank account from SRC International, a former entity of 1MDB. His supporters outside the court cried after Najib learned that he was sentenced. 67-year-old Najeeb committed to fight till the end. He has said that the case against him is political.