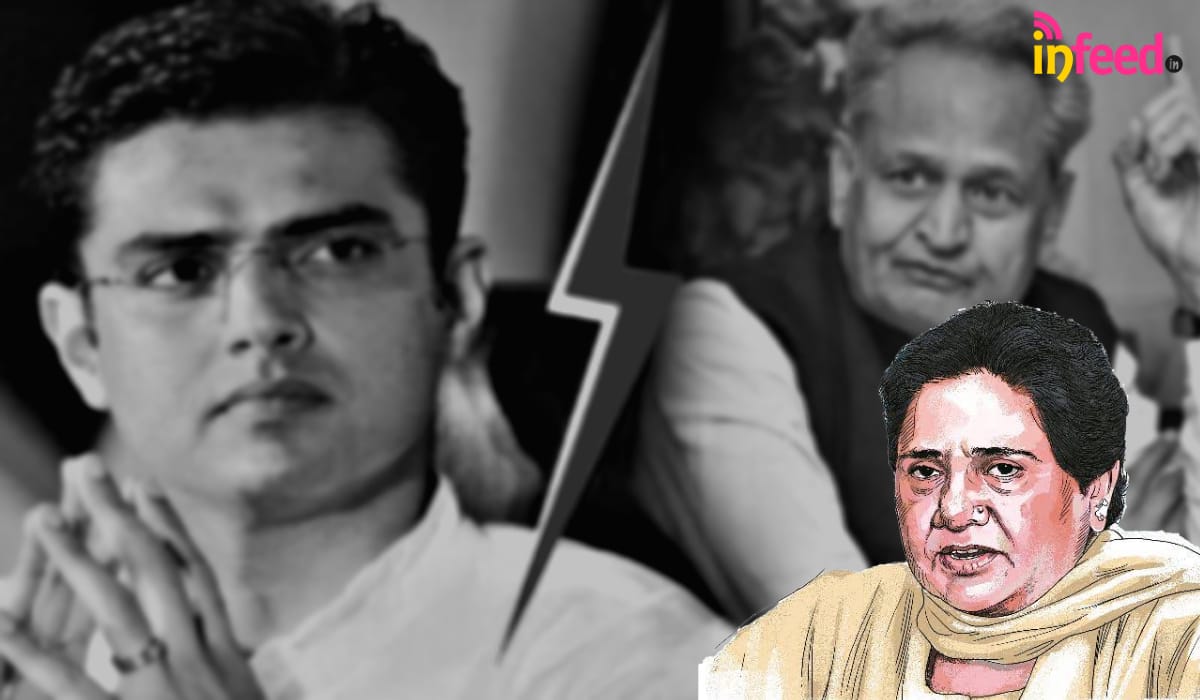 Political uproar continues in Rajasthan these days and political battles are being fought through the courts. Meanwhile, Bahujan Samaj Party (BSP) has approached the Rajasthan High Court. The BSP has filed a petition in this court against the merger of six MLAs into the Congress. The BSP general secretary has challenged this merger.

On the other hand, another MLA from the Sachin Pilot camp has also filed three petitions in the Rajasthan High Court. These petitions have been filed by the Congress party MLA Bhanwarlal Sharma on Wednesday seeking cancellation of the FIR lodged by the SOG in the High Court.

Six BSP MLAs in Rajasthan – MLAs Lakhan Singh (Karauli), Rajendra Singh Gudha (Udaipurwati), Deepchand Khedia (Kishangarh Bass), Jogendra Singh Awana (Nadbai), Sandeep Kumar (Tijara) and Wajib Ali (Nagar, Bharatpur) in Congress Were joined. The BSP has protested against this merger many times. At the same time, party supremo Mayawati had said on Tuesday that the BSP could have gone to court earlier too, but we were waiting for the right time to teach Ashok Gehlot and Congress a lesson. Now we have decided to approach the court on this matter.

All these MLAs left the BSP in September 2019 and joined Congress. BSP state president Bhagwan Singh Baba said, “We have filed a writ petition in the High Court today against the merger of BSP MLAs into Congress.” The state’s Ashok Gehlot government was strengthened by the merger of BSP MLAs with the ruling Congress and the Congress’s strength increased to 107 in the 200-member assembly.