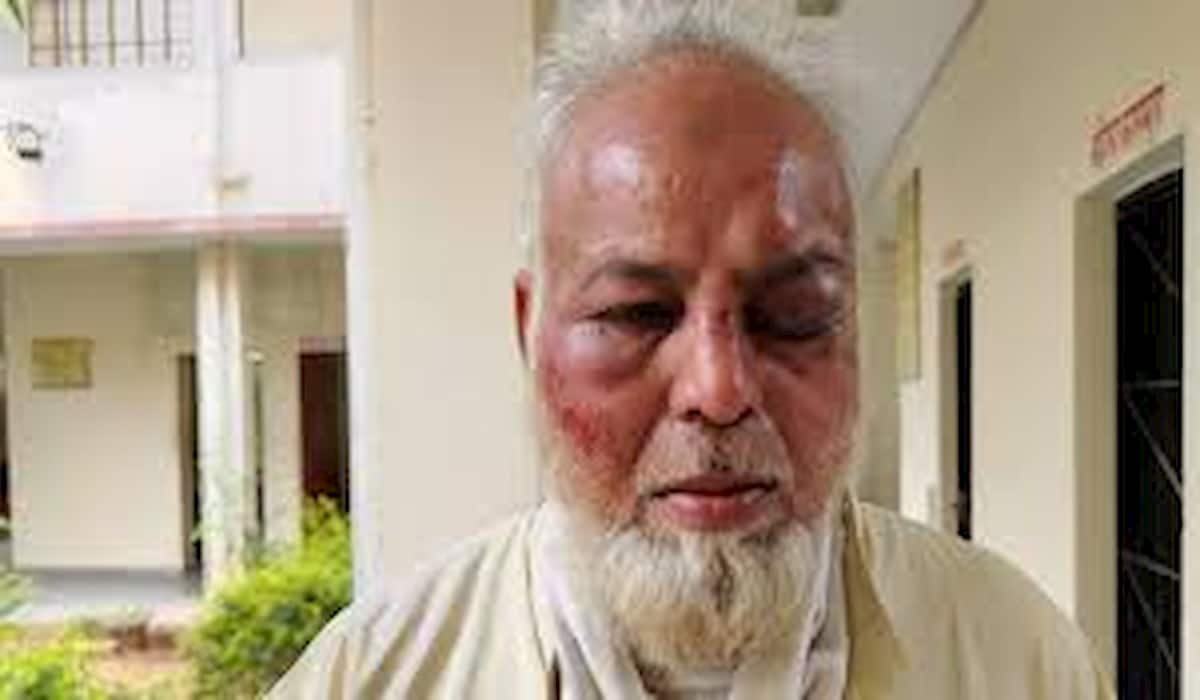 A 52 year old auto-rickshaw driver Gaffar Ahmed Kacchawa was brutally beaten up for not chanting “Modi Zindabad” and “Jai Shri Ram” in Sikar, Rajasthan. Two men, who attacked him also pulled his beard and asked him to “go to Pakistan”. As per the police, both the attackers have been arrested.

The accused also stole his wristwatch and money, broke his teeth and left him with a swollen eye and injuries on his face after his refusal on chanting the slogans.

The two people overtook Mr Kacchawa’s vehicle and asked him for tobacco. When he offered them tobacco, they declined and instead asked him to chant the slogans. On his refusal, they thrashed with with a stick and kicked and bulled his beard.

The accused were identified as Shambhu Dayal Jat, 35, and Rajendra Jat, 30.