Rahul Gandhi sensed the effects of COVID-19 in January itself

Rahul Gandhi sensed the effects of COVID-19 in January itself 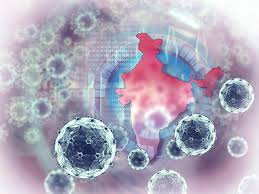 On March 11, 2020, World Health Organisation declared COVID-19 as pandemic and called out countries to take immediate action. Soon, after the declaration, Indian government started taking actions and suspended visas of the people who were coming to the country. Also, some sort of measures were taken at the airports for the people coming from foreign soil, but damage was already done till the time and what we are seeing today, is the result of inaction of the government authorities during the time, where the farsightedness could have resulted in saving the country from the spread of pandemic.

As we see today, the COVID-19 infected patients have crossed a tally of 200 and the experts are of the opinion that it may affect a huge population as we enter the third phase. But, we are in such a sorry state, that we missed the political will to take the timely action which not only have saved the people, but the country’s economy as a whole.

The government failed to adopt a model like that of South Korea or Taiwan or Singapore, which has stopped the spread of the pandemic in their countries.

In all the leadership we see today in current political arena, only Congress leader Rahul Gandhi could sense the devastating effect that Corona virus could have on the society as a whole and urged government to take proper precautions, but as always, the government turned its ear deaf and let the strength get higher with each passing day.

In China, the Coronavirus has killed hundreds of people. My thoughts are with the families of the victims & the millions who have been forced into quarantine to prevent the spread of the virus. May they find the courage & strength to persevere through this terrible ordeal.

With each passing day, the government let the strength get rising, and the health ministry just putting the statements in PC that enough measures have been taken by the government to fight against the pandemic. However, the reality is, India is the country which has done the least number of sampling to ensure the affect of this pandemic on the society.

Addressing the nation on the evening of 19th March, the Prime Minister, Mr Narendra Modi has urged for  resolve and restraint and adopting social distancing. He has also asked fellow citizens to follow ‘Janata’ curfew (voluntary self-isolation) on Sunday, 22 March 2020 from 7:00 AM to 9:00 PM- a too little, too late measure.

On his part, he has just invoked The Epidemic Diseases Act, 1897 and declared it as a national disaster by which the respective state governments can use  State Disaster Funds, but the central government has not yet released any funds to the states which are under a higher grip of this infection