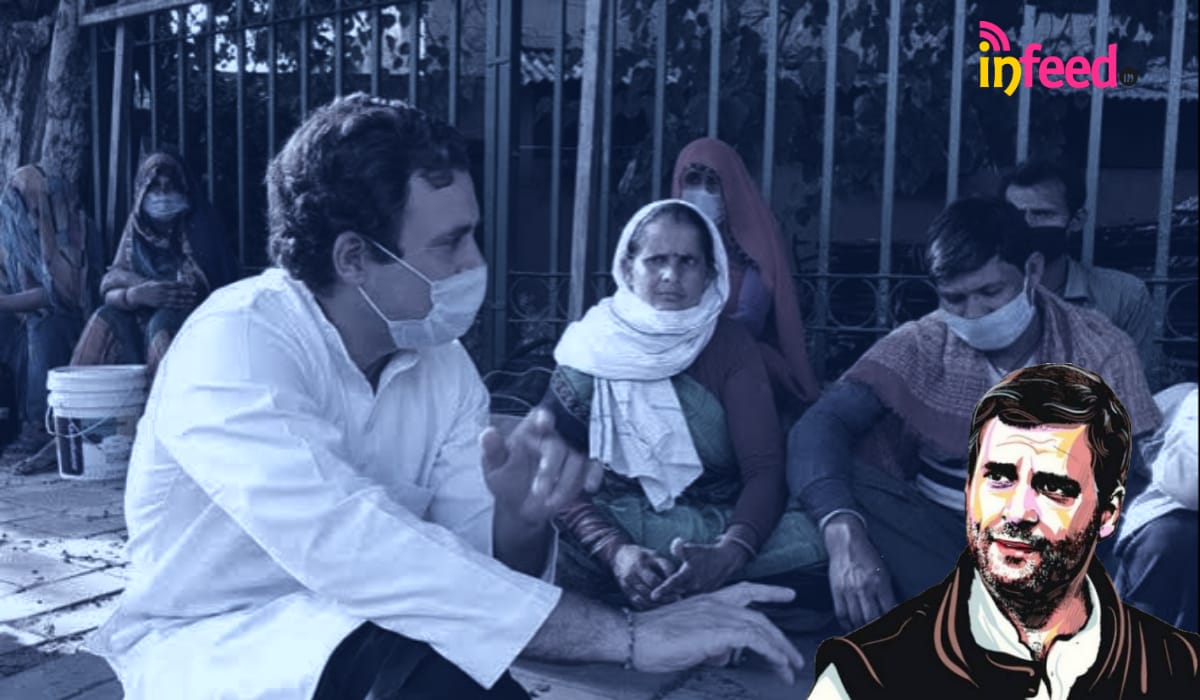 Congress leader Rahul Gandhi on Saturday spoke to the migrant laborers who were walking on Sukhdev Vihar flyover to return to their home states. During this, they talked about their problems. It is worth noting that due to the spread of Corona virus, the lockdown since March 25 in the country is causing the migration of migrant laborers from urban areas.

Devendra, one of them migrant laborers, said that Rahul Gandhi met us half an hour ago. We have come on foot from Haryana, they provided us the car, they said that this car will leave us to our homes. They also gave us food, water and masks.

On the other hand, police sources say that it is misinformation that the migrants meeting Rahul Gandhi have been detained by the police. Migrants are still kept on the spot. As per the rules, they are not allowed to board the vehicle as a large group, which was offered by some Congress workers.

In a press conference on Saturday morning, former Congress President Rahul Gandhi demanded PM Narendra Modi to implement the justice scheme. He said that the government does not package the laborers and transfer the money directly to their account. In a conversation with journalists, he said that he is trying to pressurize the government to generate demand by putting money in the accounts of the poor and weaker sections of the society. The Congress leader said that if the demand does not arise, the country will suffer financially from the corona virus.