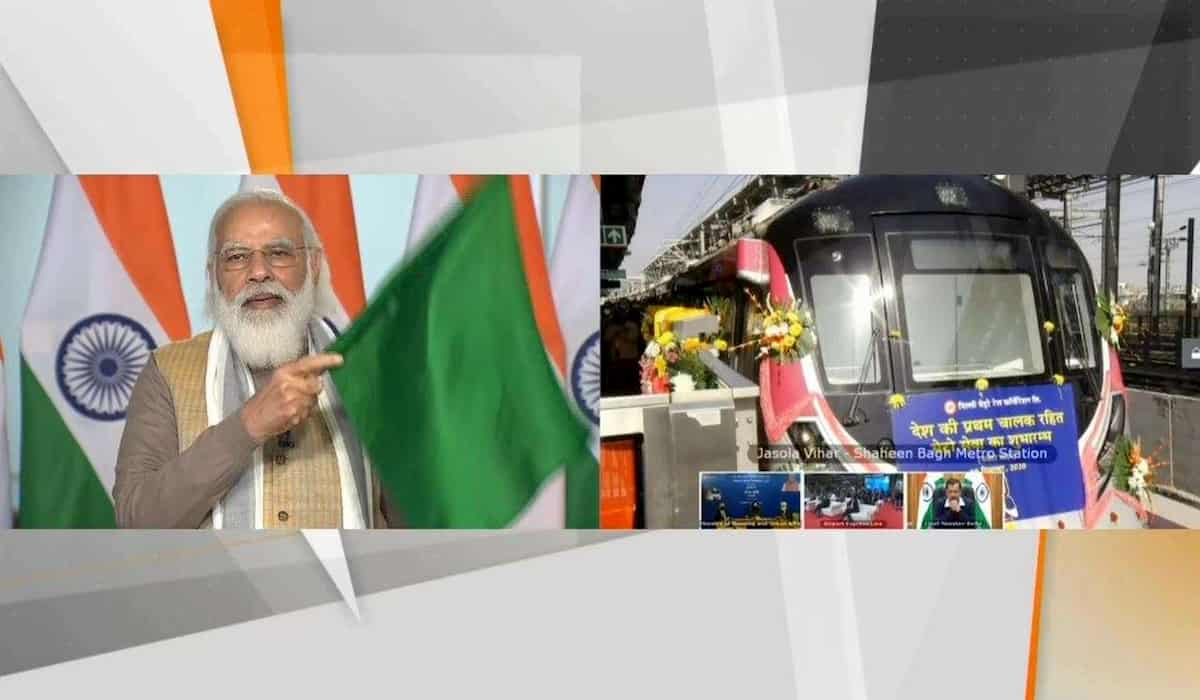 The first driverless metro train has been inaugurated in the country. Prime Minister Narendra Modi has inaugurated India’s first driverless Metro on the ‘Magenta Line’ of Delhi Metro on Monday. The PM said on this occasion that ‘I have got an opportunity to inaugurate the Metro Rail without a driver. Today, with this achievement, our country has joined the list of elite countries of the world with such technology. Metros will start running on this route from tomorrow.