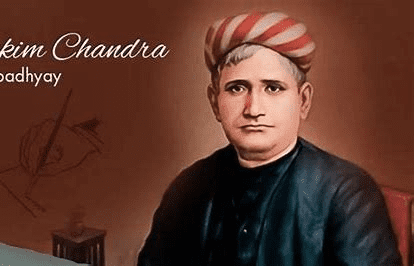 Social media today got abuzz to celebrate the birth anniversary of one of India’s finest writer, novelist and composer of India’s National Song, Rishi Bankim Chandra Chatterjee. Born on 27 June 1838 in the town of Naihati in North 24 Paraganas of then Bengal Presidency, Rishi Bankim was widely regarded as a key figure in the literary renaissance of Bengal as well broader Indian subcontinent.

From political parties to citizens, everyone paid tribute to the writer who is said to have inspired millions to dedicate their lives to the national cause.
Vice President of India, Shri Venkaiah Naidu also paid his tribute defining him as an illustrious author.

Rishi Bankim Chandra was considered as an ardent nationalist who personified India as ‘mother goddess’ in Vande Mataram which was later on set to music by Rabindranath Tagore and became the National Song of India after independence.

Born in an orthodox Bengali Brahmin family, Bankim Chandra did his schooling from Hooghly Collegiate School (then Government Zilla school). Thereafter he went to Hooghly Mohsin College (founded by Bengali philanthropist Muhammed Mohsin) and Presidency College, Kolkata, graduating with a degree in Arts in 1858. He, later on, attended the University of Calcutta and obtained a degree in Law as well, in 1869.

In 1858, he was appointed the Deputy Collector of Jessore by the British government. He went on to become a Deputy Magistrate, retiring from government service in 1891. However, his long career as a government servant was full of incidents that made him rethink about the British rule in India. Ultimately, turning him into a full-fledged nationalist who despised the Western culture.

His belief was, that there was “No serious hope of progress in India except in Hinduism-reformed, regenerated and purified”